In all three options raised, three out of 11 sub-projects which were already decided to be public-funded following the National Assembly’s Resolution No 52/2017 dated November 22, 2017 were proposed to continue to be public-funded.

The transformation of investment models was proposed for the remaining eight sub-projects which were previously planned to be implemented following the public-private partnership (PPP) model.

In the first option, all of these eight sub-projects were proposed to transform to public-funded.

In this option, the Ministry of Transport estimated that total capital worth nearly VND99.5 trillion (US$4.3 billion) would be needed. The State budget already allocated VND55 trillion for the Eastern North-South Expressway project under Resolution No 52/2017 and the Government proposed to add the rest in the 2021-25 public investment plan.

In the second option, five out of eight sub-projects would be transformed from PPP to public-funded, including four pressing projects running from Mai Son to National Highway 45 (63km), from National Highway 45 to Nghi Son (43km), from Nghi Son to Dien Chau (50km) and Phan Thiet – Dau Giay (99km) and one project from Vinh Hao to Phan Thiet which had not attracted the interest of any investors.

In the second option, the total investment was estimated at VND100.25 trillion, VND88 trillion of which would be funded by the State (VND55 trillion already allocated and a sum worth VND33 trillion needed). A sum worth more than VND12 trillion must be raised from private investment.

In the final option, three were proposed to transform investment models, including projects from Mai Son to National Highway No 45, from Phan Thiet to Dau Giay and from Vinh Hao to Phan Thiet.

The other five would be PPP.

The total investment capital was estimated at VND100.8 trillion, of which VND78.4 would come from the State budget.

On May 14, the Government proposed to the National Assembly that all sub-projects of the Eastern North-South Expressway would be transformed from PPP to public-funded to speed up the construction and create a driver for economic growth.

However, the National Assembly Standing Committee did not agree with the proposal, adding that the transformation should be for projects which could not attract PPP investors, those facing difficulties in raising capital and those in pressing need. – VNS 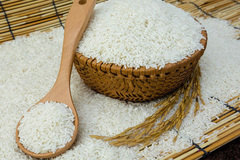