Demand for packaging paper is expected to increase by 14-18 percent per annum in the next 5-10 years, according to the Vietnam Paper and Pulp Association (VPPA).

Analysts say the paper industry is supported by a high export growth rate and robust economy. In 2019, Vietnam’s export turnover for the first time exceeded the $500 billion threshold. 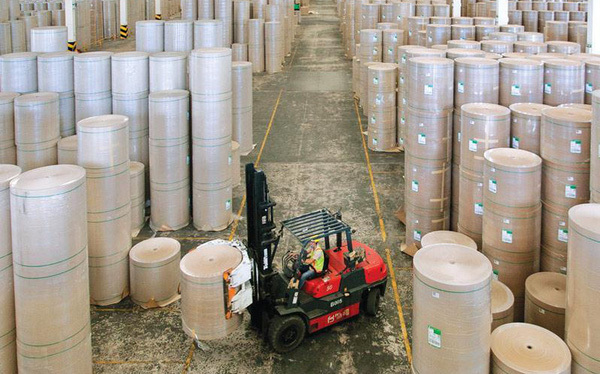 Meanwhile, about 5.4 million tons of paper were exported in the year, an increase of 9.8 percent compared with the year before.

FTAs also bring opportunities to export Vietnam’s packaging paper and packaging to markets which offer preferential tariffs to Vietnam. The Chinese move of shutting down a series of paper plants will also benefit Vietnamese enterprises.

However, analysts said there are many great challenges Vietnam is facing. There are 300 paper manufacturers in Vietnam, but most of them are small and utilize backward technology. Not many enterprises can make high-end packaging paper.

In order to satisfy increasingly high demand, the paper industry needs to expand their production scale. And the enterprises with advantages in making packaging paper need to be pioneers.

To satisfy demand for packaging, plants need to run at full capacity or increase capacity. The national plan on the paper industry development says the packaging paper output would be 6.035 million tons by 2025, twice as much as 2019.

Some paper manufacturers have taken first steps to expand their plants. In 2017, Vina Kraft inaugurated its second packaging paper plant in Binh Duong, raising the capacity of the two plants in the province to 500,000 tons.

The second plant uses green technologies which minimize the use of water and energy consumed.

However, not many paper manufacturers can find capital to invest in such paper plants with high capacity. In terms of production expansion, foreign invested enterprises have greater advantages.