How long will Vietnam stay in the top 20 in economic growth?

Vietnam could drop out of the Top 20 economies of global growth. Is this because Vietnam is going more slowly or the world is going faster?

Vietnam is now considered a ‘rising star’ after the US-China trade war breakout. While other countries have to struggle with economic growth slowdown or the fluctuations of local currencies, Vietnam still keeps high economic growth rates and macrostability. 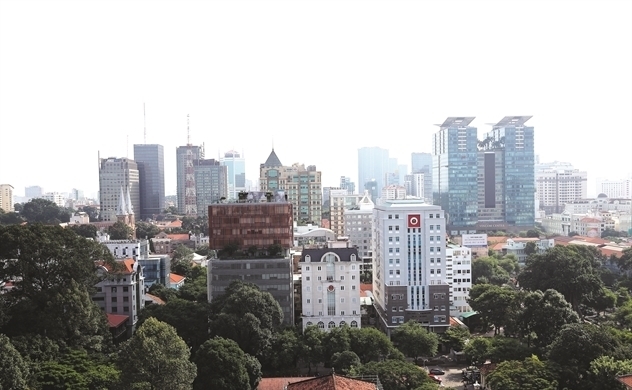 Bloomberg cited a report of the International Monetary Fund (IMF) as showing that Vietnam is in the top 20 growth engines of the world in 2019. However, IMF also predicts that by 2024, Vietnam wil leave the top 20.

IMF has cut the predicted global growth rate to 3 percent in 2019. Vietnam now makes up 1 percent of global growth and is believed to be out of the list by 2024, together with Spain, Portugal and Canada.

The economies to replace the countries in the list would be emerging and developing countries, such as Turkey, Mexico, Pakistan and Saudi Arabia. This means that in 2019-2024 the world will witness a strong shift in growth from developed to developing countries.

By 2024, the global growth rate is predicted to soar to 3.6 percent. However, the major reason behind the growth would be related to emerging and developing countries, not big economies such as the US, Germany and Japan.

Of these ‘star’ countries, Vietnam is expected to to make no headway in growth in the next five years, while other countries will rise strongly.

In a report released previously, IMF commented that though affected by global trade tensions and uncertainties in 2018, Vietnam still can keep macroeconomic stability thanks to increased incomes and consumption of the middle class, favorable crops, and the strong development of the production sector. Vietnam can also take full advantage to sign FTAs, including EVFTA and CPTPP, which help promote trade.

The hindrances for growth in medium term will come from outside unfavorable conditions, such as demand reduction and internal problems, such asbarriers in business environment, the role of the state-economic sector and some policies.

Analysts noted that IMF last July assumed that Vietnam would continue pursuing tightening of fiscal and credit policies. However, in fact, the State Bank of Vietnam announced cuts of prime interest rates, a move to loosen monetary policy.

According to Rong Viet Securities, Vietnam’s real economic achievements are usually higher than the cautious predictions by large finance institutions.

Vietnam needs to create legal framework for the sharing economy

State management agencies need to remove legal barriers that are no longer suitable and allow sharing economy models instead of prohibiting them, economists say.