How will Vietnam’s aviation sector fare after Covid-19?

Activities at large airports such as Noi Bai and Tan Son Nhat as well as local airports have become busy again thanks to domestic flights.

According to the Civil Aviation Authority of Vietnam (CAAV), from April 19 to May 18, five airlines, including Vietnam Airlines, Vietjet Air, Bamboo Airways, Jetstar Pacific and Vasco, had a total of 8,623 flights. 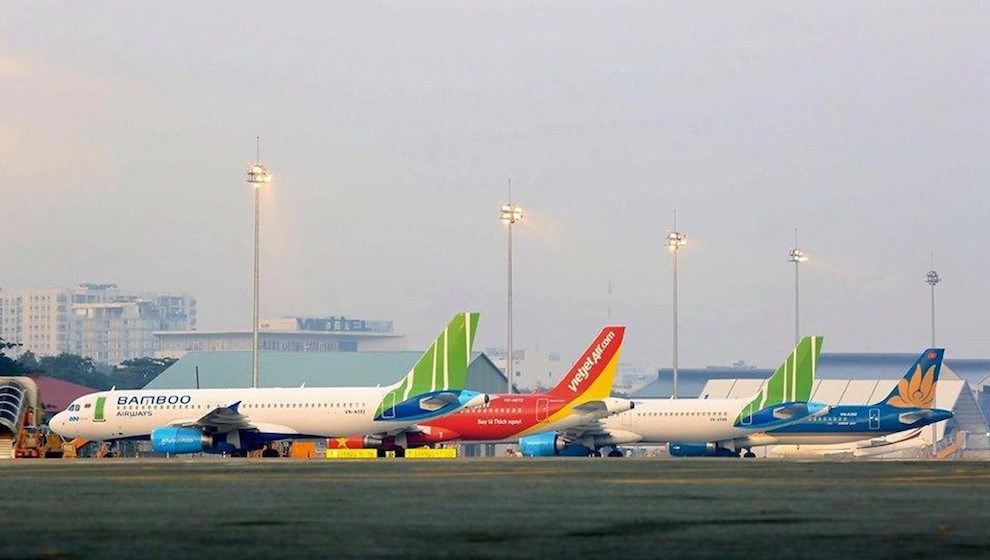 Prior to that, social distancing was applied in Vietnam in April in an effort to control the epidemic. During that time, the passenger transport, including air transport, was nearly suspended.

On April 23 airlines were allowed to resume domestic flights at a very modest frequency.

However, by the end of May, large airlines such as Vietnam Airlines, Vietjet Air and Bamboo Airways resumed most domestic flights.

Bamboo Airways has also reopened 90 percent of its air routes. Trinh Van Quyet, president of the airline, on May 30 announced that Bamboo Airways will cover all domestic air routes by early June or July at the latest.

Vietjet Air said it has resumed the domestic flight network with the occupancy rate of 90 percent.

In order to stimulate demand, airlines have launched big promotion programs. Vietjet has reserved 25 zero-dong tickets at maximum for its partners which are travel firms, applied to air routes from May 15 to June 30.

Another promotion program was applied on May 11-16, under which passengers could fly on domestic air routes starting with a fee of VND18,000 with departures on May 12 - December 31, 2020, not including holidays.

Bamboo Airways in late May opened two booking agents in HCM City and Hanoi associated with attractive promotion programs, under which 50 zero-dong tickets were offered to the first passengers.

In an effort to support businesses and individuals suffering from Covid-19, the Ministry of Finance has recently released Circular 46, stipulating 10-20 percent fee reductions for some aviation services.

Vo Huy Cuong, deputy director of CAAV, said Vietnam is considering setting up a safe travel area between Vietnam and Korea and Hong Kong. It is also working with France on the establishment of air routes to carry passengers safely.

Vietnam aviation industry will not be able to recover until 2021

The aviation sector can only recover in 2021 according to an official from the Ministry of Transport.