Vietnam is considered one of the most dynamic economies in terms of industrial infrastructure establishment. 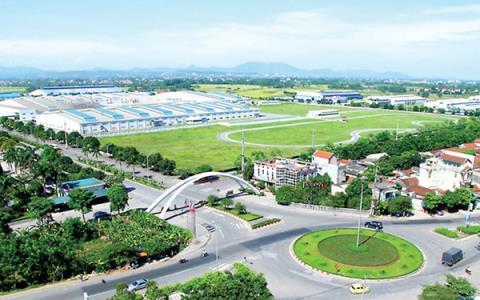 Prof Dang Dinh Dao points out that Vietnam has 325 IZs with the total area of 90,000 hectares. Dao said while investment in infrastructure in Vietnam is the highest in the region in recent years it mostly serves IZs and investors.

“We focus too much on production and attracting investment in production. We are concerned too much about the scale and quantity but do not care about the connection and distribution," he said. “There is no big logistics IZ in the true sense of the word across the country. ”

Previously, China and Japan were No 1 in investments in infrastructure. However, South Korea has become more interested in the real estate sector in Vietnam. In the first four months of 2019, the country invested $1.98billion in Vietnam (13.6 percent).

It also provides loans to Vietnam to develop infrastructure, with total capital of up to 1.09 trillion won, or VND21.5 trillion.

“Vietnam should have a strategy to attract foreign investment in logistics real estate. It is necessary to build a uniform industrial connection system for 325 industrial parks across the country to promote domestic production,” Dao said.

With current investment, Vietnam can only receive taxes and jobs for workers. More seriously, Dao warned that the logistics network may fall into foreign investors’ hands and put under their control.

The economist also commented that Vietnam has been engrossed with attracting investment while ‘forgetting’ to develop a logistics industry.

According to the Foreign Investment Agency (FIA), an arm of the Ministry of Planning and Investment (MPI), 1,363 new projects were licensed with total commitments of $6.46 billion in the January – May period, up by 38.7 percent from the same period last year, while 505 existing projects have been injected an additional $2.63 billion, up by 5.5 percent.