According to Nguyen Phuong Dong, deputy director of the HCM City Industry and Trade Department, many industrial production enterprises are shifting their investments to neighboring provinces instead of to HCM City. 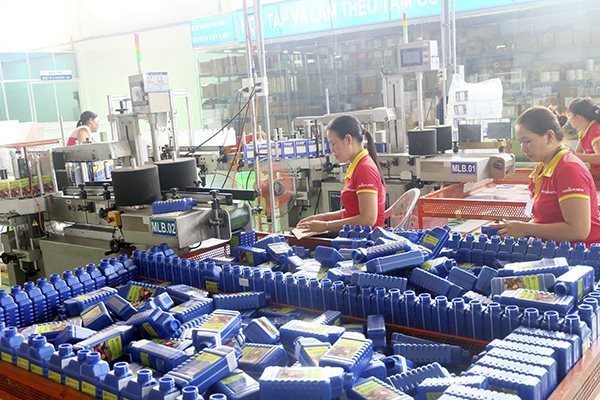 Tran Hoang Ngan, a member of the government’s Economic Advisory Council and head of the HCM City Development Research Institute, said the 2011-2015 period was the time when the manufacturing and processing industries witnessed the highest investment value in provinces.

The number of enterprises relocating their investments to neighboring provinces has been on the rise in recent years. This was a major reason which led to the 1.12 percent decrease in the proportion of industrial production in the city’s economy in 2018 in comparison with 2016.

HCM City’s Mayor Nguyen Thanh Phong said the city is not as attractive as before to industrial producers and other provinces/cities are luring investors, especially with clean land.

The city lacks the land to lease for industrial production, which has pushed the land rent in the city up. As a result, enterprises face difficulties in expanding their production bases and increasing production capacity.

Phong said though the industrial production scale in the city has been expanding and product quality has improved, the competitive capacity of local enterprises remains modest. HCM City’s export turnover has been growing by 8.6 percent per annum, but the export value is mostly created by the foreign invested economic sector (55.7 percent). Meanwhile, state-owned economic sector just makes up 11.3 percent and non-state sector 33 percent.

Ngan commented that it is no longer reasonable to prioritize the four major industries of mechanical engineering, electronics/information technology, rubber/plastics, and food and foodstuffs.

In order to obtain 7 percent growth rate in upcoming years, HCM City needs to develop new industries to adapt to the 4.0 industry revolution.

The manufacturing and processing industry drove economic growth in 2019 with production volume increasing 11.29 per cent over the previous year.