Having sold 20 taels of gold for more than one billion dong, Nguyen Hong Minh in Hanoi doesn’t know what she would do with the money.

Minh regularly bought 1-2 taels a year over more than 10 years as savings. As the gold price has escalated to VND60 million per tael, Minh could make a considerable profit. 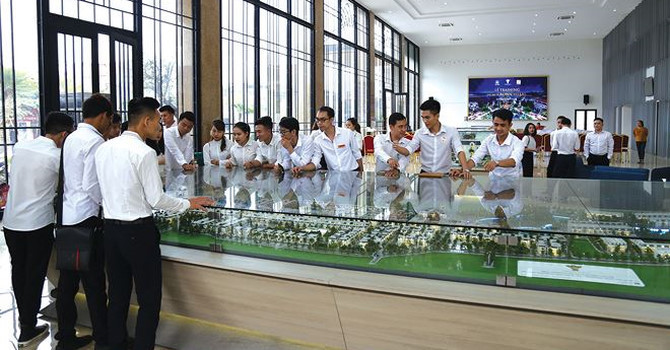 “It is unsafe to keep cash. But I don’t think it would be wise to continue to buy gold. The gold price has become too high and it will decrease in some days,” she said.

Minh regrets that she did not buy real estate 10 years ago. A friend of hers then suggested investing VND300-350 million in real estate, but she decided to buy gold, which was priced at VND35 million per tael. Now, she can have VND600 million from selling 10 taels of gold, but with this amount of money, real estate has become unaffordable for her.

“Real estate is the safest and most profitable investment channel,” she concluded.

In 2010-2020, the prices of houses in Ba Dinh district in Hanoi increased by 335 percent, while prices in district 5, HCM City rose by 213 percent. Meanwhile, the gold price increased by 22 percent only during the same time and the VN Index 45 percent.

Asked why she doesn’t use the money to do business, she said it would be profitable to run restaurants and eateries. However, she has to spend time for her small child, and her husband is away for business.

Nguyen Van Thai, an investor, said he bought an apartment in Hanoi and is still seeking to buy more real estate.

“It is the right time to buy real estate because the prices are very reasonable in a recession,” he explained.

“You won’t be sure of making profit if you invest in securities or gold, because prices are unpredictable and they depend on many factors,” he said. “But you won’t have any worries when injecting money into real estate, because houses cannot be stolen or damaged and the prices won’t decrease."

Tran Minh, a real estate consultant, said investors should invest property with actual potential, which has already been built and can be used immediately.

According to Nguyen Quoc Anh, deputy general director of Batdongsan.com.vn, the number of searches for real estate declined in March, but increased rapidly again in April. This shows people’s high interest in the real estate sector despite Covid-19.

Foreigners have bought some 16,000 housing properties across the country since they were allowed to do so in 2015, according to the Ho Chi Minh City Real Estate Association (HoREA).