Is the $42 billion garment export target out of reach?

The input material supply from China ha resumed, but some American and European buyers have asked to delay deliveries for the orders they had previously placed.

This has dealt a strong blow to Garment 10 JSC. Than Duc Viet, general director of the company, predicted that the company may have to lay off workers. However, he has not made any official announcement. 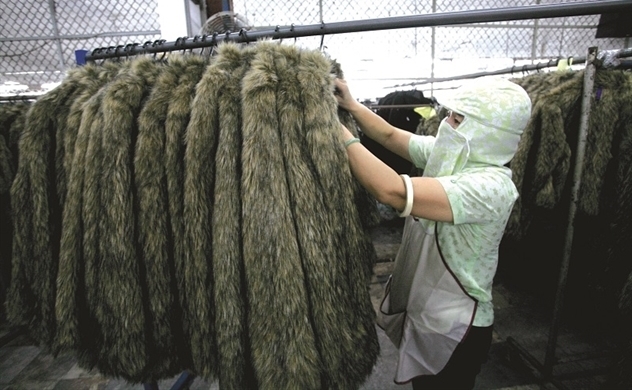 Buyers from the US and EU, including Germany, Spain and Italy, have also stopped receiving deliveries from VitaJean, commencing from March 13 and March 17, respectively.

VitaJean’s president Pham Van Viet said that the losses include capital ‘buried’ in input materials previously bought to prepare for the production. Cash flow also may not occur because European and American buyers are facing difficulties. In addition, the company still has to pay workers every month.

The efforts by VitaJean to shift to make face masks has not helpef the company increase turnover. Selling 500,000 face masks a day is a difficult task as there are 20 large manufacturers making products in the country.

Vietnamese textile and garment exporters are facing lower demand and buyers have stopped receiving deliveries. According to Le Tien Truong, general director of Vinatex, this had never happened before in the history of the manufacturer.

In 2019, Vinatex exported $2.9 billion worth of textile and garment products. But the figure may be unattainable this year.

Analysts warn that the goal of exporting $42 billion worth of textiles and garments this year may be out of reach. The Ministry of Industry and Trade (MOIT) reported that in the first two months of 2020, exports increased slightly by 2.2 percent, much lower than the growth rate of 11.8 percent of the same period last year.

They also warned that a high number of workers in the industry will become redundant. Vinatex is considering cutting the number of working days and pay minimum wage to workers. Meanwhile, VitaJean has asked 50 percent of workers to stay off work and wait for jobs, commencing from April 5. The proportion may reach 80 percent from April 15.

With the high openness of the economy, Vietnam may bear big impact on economic growth and jobs. Vo Tri Thanh, a respected economist, estimated that 80 percent of businesses may go bankrupt if the pandemic lasts until June.

The COVID-19 pandemic has left Vietnam’s textile and garment sector in deep trouble because of rising order cancellations and delays, but some producers have found a way around and been able to weather the storm.

Textile and garment companies are facing double problem: they find it difficult to import input materials and cannot export their goods.