Because of unprecedented difficulties, Thailand may be outstripped by Vietnam in rice exports this year, but this may only be for the short term.

The US Department of Agriculture in its May report showed that Thailand suffers heavily from drought, while Vietnam doesn’t. 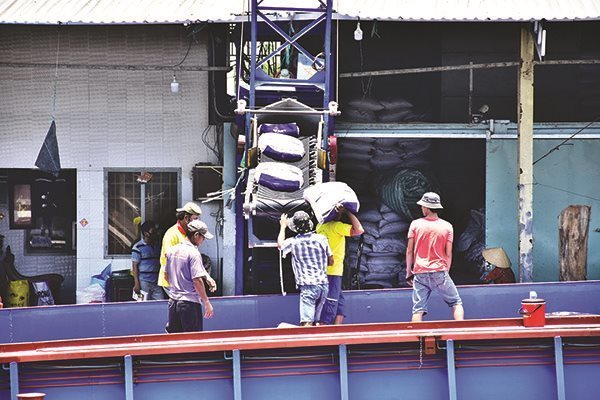 The agency predicted that Thailand’s rice output this year would decrease by 2.34 million tons, or 11.5 percent, while Vietnam’s output won’t see reductions.

In the second half of 2019, Thailand’s rice exports decreased by 1.1 million tons compared with the first half.

The sharp falls were also seen in the next two months, which led to the modest total export volume of 1.47 million tons in Q1. Meanwhile, Vietnam exported 1.52 million during the same time.

According to the US Department of Agriculture, as of early May, exports of white rice, which account for 2/3 of Thailand’s total exports, still saw a decrease of 38 percent, though Vietnam’s and India’s exports were interrupted at moments.

As such, it is highly possible that Vietnam will still be the second largest rice exporter in the upcoming months, the position where Thailand stood firmly for many years.

Nevertheless, Bich doesn’t think that Vietnam will be in the second position for a long time.

The US agriculture department insists that the total rice demand of the world will continue decreasing in 2020 for the second consecutive year.

Thailand began reducing prices in their offers in the first three weeks of May and the trend will continue in the remaining months of the year.

In other words, the second position among the largest rice exporters belongs to Thailand and the country is likely to have to lower export prices in order to protect its position.

Philippine pivot does not impact on Vietnamese rice export

Vietnam wins deal to supply 60,000 tons of rice to the Philippines

Vietnam will ship 60,000 tons of rice to the Philippines after it won part of a 300,000-ton government-to-government rice tender held on June 8,