The company, based in the coastal city of Komatsu in Japan’s Ishikawa prefecture, will take in three Vietnamese technical trainees with football experience in April 2021. A local recruiting agency will scout prospects at schools and clubs who will be selected for trials.

They will play for LionPower Komatsu, a team of company workers formed in 2003.

Lion Power President Keishiro Takase, who once served as the head coach of the J-League team Shonan Bellmare, will double as team manager.

Off the field, the Vietnamese workers will mostly focus on assembling circuit boards. Highly skilled employees will receive a special work visa granting residency of up to five years.

Lion Power said it is considering paying trainees on a par with permanent workers or above, depending on their performance.

Lion Power launched its football recruitment programme amid a nationwide surge in defections of foreign technical trainees. A total of 9,052 workers left in 2018, equating to roughly 2 percent of all trainees and nearly double the desertions in 2014.

The chance to play football is expected to assist in communication and help the workers learn Japanese quickly, thus maintaining motivation to stay on the job. The players will also have the opportunity to play in a prefectural league through slots granted to foreigners.

Vietnam has gained attention due to the growing popularity of football within its borders. The fandom soared to its peak last year when Vietnam's U22 team won the 30th Southeast Asian Games (SEA Games).

The Vietnam Football Federation and the Japan Football Association have shared know-how and engaged in other exchanges under an agreement signed in 2018./.VNA/Asian Nikkei Review

64% of Japanese firms want to expand business in Vietnam: Jetro

Vietnam ranks second in number of guest workers in Japan

Vietnam now ranks second in the number of employees working in Japan, according to the latest statistics of Japan's Ministry of Health, Labour and Welfare. 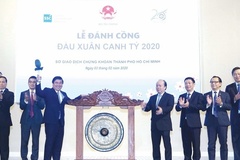 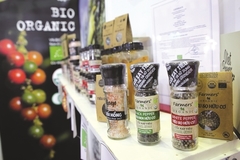