While most enterprises have had to scale down their business during Covid-19 and give back their retail premises to landlords, Japanese retailers have continued to open more shops in Vietnam recently. 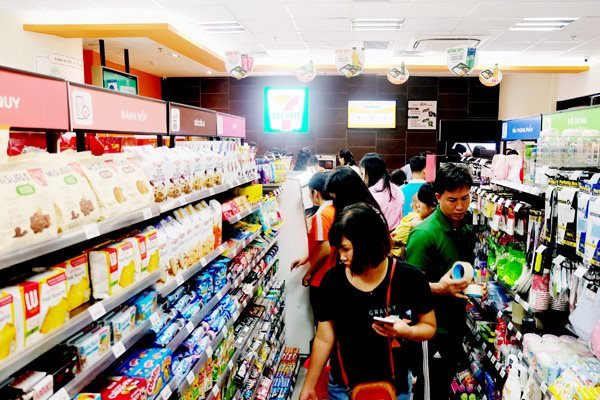 The opening hour was set at 9.30 am, but Vietnamese youth came one hour before, queuing up for their turn. The shop received 15 clients every 30 minutes and asked people to stand at a distance from each other.

According to Thoi Bao Kinh Te Saigon, the official store will open at the Parkson center on Le Thanh Ton Street by year end.

Miki House, a high-end children’s fashion brand, opened its first store in Vietnam at the Akyruhi Shopping Center in HCM City during the first epidemic outbreak.

Meanwhile, Matsumoto Kiyoshi plans to open its first shop in Vietnam in the near future.
The newcomers have added their names to the long list of Japanese retailers present in the Vietnamese market over the last five years.

Ryohin Keikaku began eyeing the Vietnamese market three years ago and officially made public the plan to join the market in 2019.

While trying to open more new stores in Vietnam, Muji in early July announced its restructuring of its business division in the US, shutting down shops which could not bring profits. The brand also bore pressure in its home country of Japan with sales down by 50 percent when the epidemic was at its peak in April and May.

It took Miki House five years to survey the Vietnamese market and choose a partner.

According to Phan Thanh Tan, chair of Akuruhi, the partner, if the first store succeeds, the company will open two more shops in HCM City, and will consider opening shops in Hanoi and Da Nang.

The General Stastistics Office (GSO) reported that despite Covid-19, revenue from goods and service sales in Vietnam in the first seven months of the year increased by 3.6 percent compared with the same period last year, reaching VND2.218 trillion.

Retailers in Hanoi were told to increase stocks of essential goods by three-fold over average levels to ensure price stability amid the complex development of the COVID-19 pandemic.