Analysts have warned of the second wave of layoffs which may come six months after the first period, which were caused by the effects of the pandemic.

Hoang, a carpenter at a workshop in Kon Tum, was informed that he had to leave his job last March. The boss then promised that he would hire Hoang again after several months, when the epidemic is contained. 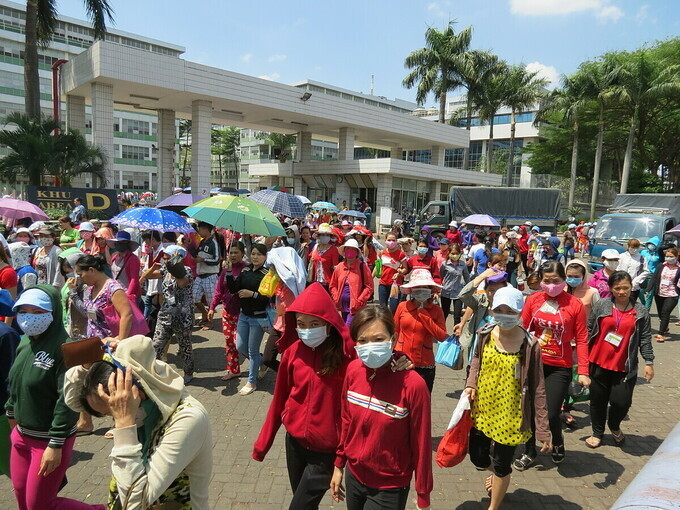 However, when Hoang contacted the business in early July, he was informed that the business is still in a bad situation because of the lack of orders from partners.

“I applied for a job at a screw manufacturing company in district 7 in HCM City. However, I was refused. So I decided to leave the city for my home village where I will do farming,” Hoang said.

Thang, owner of a wooden furniture workshop in HCM City, said there were many workers like Hoang.

The boss said in the golden days of the company, 70 percent of its products were exported. Since the pandemic broke out, he has had to stop making products for export and lay off 60 percent of workers. The remaining workers have shifted to make products for domestic consumption.

“The demand in the domestic market is also weak, so the profit is just enough to pay workers,” he complained.

Luckier than Hoang, Sang, a worker at PouYuen, a shoe company in HCM City, has received leave allowance.

“I did not think I would be laid off because I am a manager and I have been working here for 10 years,” he said.

He said that he received VND70 million from the company and is going to receive another VND40 million worth of unemployment insurance, but still finds it difficult to lead his life with that amount of money.

Failing to find a new job, Sang, who has two children, decided to work as an e-hailing taxi driver. However, he said the pay of VND5-6 million is not enough for his family.

Surveys by associations have found that unemployment will continue to increase in the last six months of the year.

Some businesses said they cut their workforce by 20-30 percent in the first half of the year, while businesses which saw the numbers of orders dropping by 70 percent said 50 percent of their workers were sacked and some small companies have stopped operation.

According to Nguyen Chanh Phuong, deputy chair of Hawa (Handicraft and Wood Industry Association of HCM City), the woodwork industry's layoff rate is 20-30 percent on average.

As for garment companies, 25-30 percent of workers in HCM City lost their jobs in the first half of the year, while the figure is expected to rise to 40 percent by the year end.

Businesses in distress, unemployment rate on the rise

Thousands of businesses have suspended their operation or filed for dissolution because of Covid-19, causing tens of thousands of workers to become redundant.