Businesses involved in labour exports are at a standstill due to the complex developments of the COVID-19 pandemic.

Le Quoc Hung, deputy general director of Hanoi Investment General Corporation (HANIC), said the corporation’s contracts to send employees to key markets like Taiwan and Malaysia had been serious affected since the outbreak of the disease in China's Wuhan City in late November last year.

“Wuhan is a centre which supplied input materials for production at factories in Taiwan and Malaysia. This affects the supply chain in markets where we send laborers to work," he told Thời báo kinh tế Sài Gòn (Saigon Times) newspaper.

Sending workers overseas was particularly dangerous at present as the risk of being infected was high at airports, he said, adding that HANIC's partners had taken the initiative to suspend bringing in workers from overseas under contracts signed earlier due to the lack of jobs.

Normally, demand in Japan, Taiwan and the Republic of Korea is quite robust from the beginning of the year but the number of orders has sharply decreased this year due to impacts of the pandemic.

A number of labour export companies had reportedly suspended the departure of workers although they had received the orders in February.

The director of a labour export company, which sent about 700 labourers overseas last year, said orders from some countries and territories including Japan and Taiwan had decreased after the Tet (Lunar New Year) holiday.

In March, some markets stopped accepting workers and a number of international airlines also stopped their flights.

“International flights have been cancelled so foreign partners can not come to Vietnam to interview workers while many labourers can not fly to their designated countries, even though they have completed visa procedures” he said on condition of anonymity.

In related news, Ministry of Labour, Invalids and Social Affairs (MOLISA) on April 5 asked the Department of Overseas Labour to order businesses to suspend sending workers abroad until the end of April.

It has also requested leaders of agencies under municipal and provincial Departments of Labour, Invalids and Social Affairs to step up urgent measures against the COVID-19 pandemic.

Overseas Vietnamese labour management boards should encourage Vietnamese labourers to stay calm, observe host countries’ regulations on COVID-19 prevention and control, and avoid trips to disease-hit areas, while ensuring the rights and interests of labourers who are affected by the epidemic.

In case labourers are laid off or lose their jobs due to COVID-19, they will have their brokerage fees and other fees reimbursed. They will also receive assistance from the overseas employment support fund.

Pham Do Nhat Tan, deputy chairman of Vietnam Association of Manpower Supply (VAMAS), said due to labour contract expiring, nearly 5,000 labourers had returned to the country in the first quarter of this year.

He said it was time for enterprises to restructure their operations and apply information technology in training and recruitment activities.

Currently, there are more than 560,000 employees working overseas under limited employment contract in 36 countries and territories, according to MOLISA.

Of these, over 10,000 Vietnamese workers are in European markets.

Vietnam to suspend labour export until end of April

Bui Sy Loi, vice chairman of the National Assembly’s Committee for Social Affairs talks about solutions to support labourers after many enterprises have declared bankruptcy or been temporarily suspended operations due to the COVID-19 pandemic. 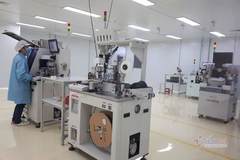 Instead of injecting money into the real estate or service sector which allows profit after a short time, Vietnam’s most powerful corporations are investing in the processing and manufacturing industry.