The number of properties bought by foreigners in Vietnam remains modest.

A report presented before the National Assembly showed that 800 foreign institutions and individuals have bought houses in Vietnam, a very small figure if noting that Vietnam opened the market five years ago. 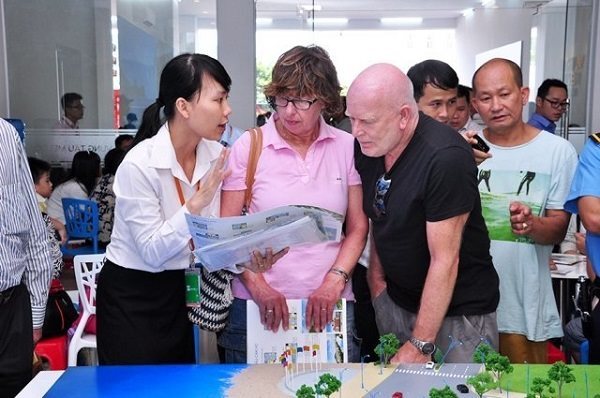 The 2014 Law on Housing which took effect on July 1, 2015 allowedforeigners to buy houses in Vietnam. The house prices in Vietnam are attractive to foreigners, especially those from Eastern Asia such as China, South Korea, Japan and Taiwan. However, the number of transactions remains inconsiderable and this is attributed to the legal framework.

The Korea Times cited Korea Wealth Report 2019 by KB Finance Group as showing that Vietnam is one of the most attractive foreign property markets in the eyes of Korean wealthy people. 57.1 percent of surveyed people said they want to invest in Vietnam.

Singapore, China and Malaysia are the other countries which have interest in the Vietnamese market, with 32.1 percent, 30.7 percent and 26.4 percent, respectively.

Vietnam ranked second, after the US, in the list of countries that South Korean individuals and businesses bought properties in 2018.

According to the Ministry of Construction, there are 400,000 foreigners living and working in Vietnam. The number is expected to increase in the time to come as Vietnam is expanding global economic integration, which will lead to foreigners’ higher demand for houses.

Loki, a Japanese citizen, has just bought an apartment in Thu Duc district in HCM City, though he has been living there for five years.

He said in Thoi Bao Kinh Te Sai Gon that the Law on Housing allows foreigners to own houses in Vietnam, but this issue is covered by many laws.

Do Hoang Duong, general director of Gia Phu Real Estate, advocates a policy on opening the market to foreigners to buy houses in Vietnam.

“The law is now open to allow foreigners to buy houses, but there should be more guidelines and more concrete regulations on the issue,” he said.

2019 was a tough year fot the real estate market when many projects remained stagnant. However, the situation may be even more serious in 2020.