"More input materials arrived in mid-March,” Nguyen Xuan Duong, chair of Hung Yen Garment, said, adding that more shipments will come in the second half of March and early April. 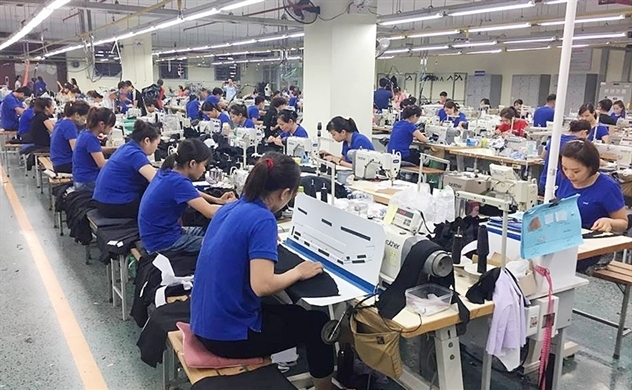 Some subsidiaries of Vinatex, the largest textile and garment producer in Vietnam, confirmed that the input material supply has resumed since early March.

According to Le Tien Truong, general director of Vinatex, companies have been speeding up production since the second half of March to offset the output decrease in the months before, when they lacked materials.

Truong hopes the current production would make up for the 5.3 percent decline in export turnover in the first two months of the year, which never happened in recent years.

He said the quick customs clearance procedure helps in the resumption of material supply. More than 1,000 goods carrying trucks got customs clearance a day at border gates over the last week, half of which carried materials for production.

In March, many online trading sessions were organized by the Vietnam Textile and Apparel Association (Vitas), connecting 20 Vietnamese textile and garment companies and Chinese producers in Hangzhou and Zhejiang. A number of domestic enterprises successfully fulfilled orders for fabric imports.

The problem for now, according to Cao Huu Hieu, deputy general director of Vinatex, is that companies need to arrange the production plans in a reasonable way. Besides, the decreased demand in Covid-19 will affect the companies’ business in the last six months of the year.

However, Hieu commented that Covid-19 is testing the endurance of the Vietnam’s textile and garment industry and forcing enterprises to re-organize their production.

Duong also commented that Covid-19 has helped detect vulnerabilities of the textile and garment industry. Enterprises have to manage themselves to overcome difficulties. For example, while waiting for input materials from China, they can make face masks from antibacterial fabric.

US has no plan to suspend import of Vietnamese garment-textiles: ambassador