Three years ago, the e-hailing market was the playing field of two foreign names, Grab and Uber. Now, the number of firms has increased.

Viettel Post on July 1, 2019 launched an e-hailing app, MyGo, for motorbikes, cars and goods delivery services. Tran Trung Hung, CEO of Viettel Post, said at the opening ceremony that MyGo has attracted 106,000 drivers, while 5,800 trips were provided on June 30. 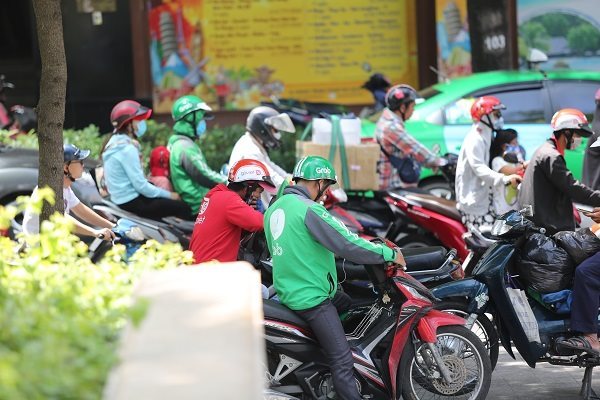 MyGo has the second largest number of drivers in the e-hailing market, just after Grab, which has been in Vietnam for five years and has 200,000 drivers.

Prior to that, another domestic e-hailing app, Be, joined the market. After six months of operation, Be said it had attracted 30,000 drivers, 4 million downloads and 11 million trips. It plans to attract 100,000 drivers by the end of 2019.

FastGo, an e-hailing app of NextTech Group, was launched in June 2018. In the same month, Aber, developed on the basis of Germany technology, also started.

Aber’s co-founder Huynh Le Phu Phong at the opening ceremoney affirmed that the demand in the Vietnamese market is still very high.

Do Manh Tuan, deputy CEO of Be Group, said Vietnamese firms should cooperate with each other to compete with foreign ones which hold 70 percent of market share.

Besides Grab, which has five years of experience in Vietnam, foreign apps also include Go-Jek (Indonesia), Go-Viet and TADA.

Analysts say that the e-hailing market has become cramped and the competition cutthroat.

Some firms try to attract more drivers by not collecting fees or sharing revenue.Kay Woo, the founder of MVL Technology, the owner of TADA app, confirmed that the firm doesn’t ask drivers to share revenue, but it collects money from ads and relevant services such as insurance and e-wallets.

Fast-Go also doesn’t ask drivers to share revenue, but only collects service fees, a fixed amount of VND30,000 per day per driver.

Meanwhile, Grab and Be collects 23-30 percent of revenue from drivers.

In terms of attracting customers, Grab and Be are superior to others in the market. Both of them run promotion programs for vouchers with discounts of VND30,000-50,000, while loyal clients can enjoy the discount rate of 20-35 percent.

The Ministry of Finance makes a careful study of tax laws to collect taxes from electronic contract-based vehicles to avoid evasion and ensure a level playing field for ride-hailing and traditional taxi firms.

Vietnam’s proposal requesting all ride-hailing vehicles to put taxi signs on vehicles will weigh down disruptive businesses and dampen benefits to stakeholders.