The representative of the Project Management Unit No 2 under MOT said many foreign investors from France, Japan and South Korea have expressed interest in the Highway 45-Nghi Son section of the north-south expressway project.

Besides foreign investors, the Vietnamese Central Construction Corporation is also interested in the section. 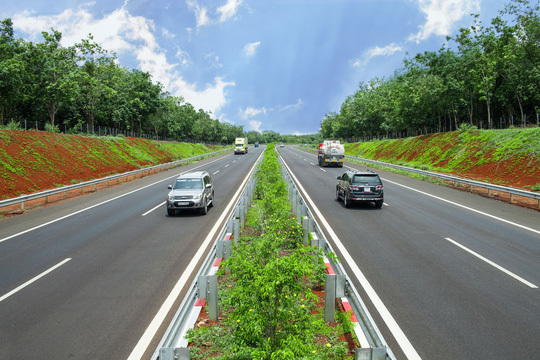 The section, 43 kilometers long, will be implemented under the BOT (build, operate, transfer) mode with total investment capital of VND6.333 trillion, of which VND2.003 trillion will be from the State.

“No investor from developed countries such as France, the UK, US and Japan has come to learn (about BOT projects),” Dat Viet newspaper quoted Nhat as saying.

“Because of these reasons, big investors, especially from developed countries, may not join. Only Chinese investors will come,” he added.

This supposed indifference by foreign investors to the north-south expressway raised concerns.

Nguyen Dinh Tham from the Hanoi Civil Engineering University and other experts asked government agencies to be cautious when working with Chinese investors, because Vietnam has faced problems in many projects executed by Chinese companies.

They stressed that the Ministry of Transport has to open international bids and organize the bidding in a transparent way to select the best contractors.

As for domestic investors, Nguoi Lao Dong quoted its sources as reporting that the investors cannot take part in all eight component projects of the huge north-south expressway project because of limited financial capability.

A high ranking official of the Ministry of Transport said Vietnamese investors cannot satisfy the requirements on stockholder equity and experience in implementing large projects. As such, they will have to join forces with other investors to become contractors.

Ngo Tri Long, a respected economist, commented that Vietnamese enterprises will have fewer opportunities to join the project because of stricter requirements on contractors.

However, he said that setting strict requirements is a must to be sure that problems arising in the past will not be repeated.

He said the quality of the expressway and the smooth execution of the project must be a top priority. Meanwhile, Vietnamese contractors still can seek opportunities by working with foreign contractors.

Are only Chinese investors interested in the north-south express railway?