Many once-famous brands, which were experiencing bad business performance, have revived shortly after being bought by large corporations, reported Saigon Times. 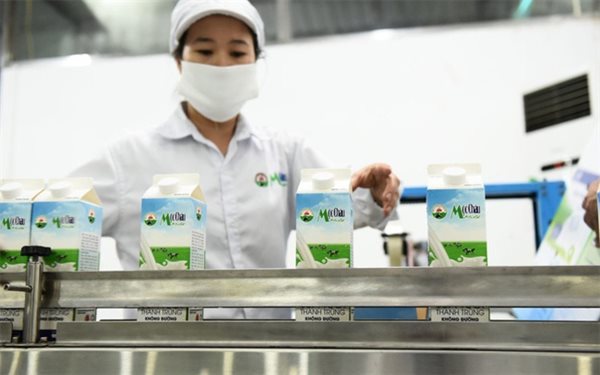 It once again broke the revenue record in Q2 with reported revenue of VND369 billion, an increase of 31 percent over the same period last year. Business efficiency improved markedly with a gross profit margin up from 19 percent to 23 percent.

Total expenses in the period of the company only increased by 16 percent, thanks to after-tax profit increasing sharply by 121 percent to VND42 billion.

As such, in the first six months of the year, the new member of Masan Group gained revenue of VND726 billion and net profit of VND74 billion, increasing by 36 percent and 111 percent, respectively, compared with the 2019 bi-annual accounting period.

If noting that NET targeted revenue of VND1.3 trillion and profit of VND86 billion this year, it has implemented 56 percent of revenue plan and 98 percent of profit plan just after half a time.

Established 50 years ago, NET, besides making products under its own brand, also makes products for Unilever and exports to many markets. It holds 1.5 percent of detergent market share in Vietnam.

The business performance in the last two quarters is the most optimistic of the company since it began listing shares on the bourse.

As questions about operation cost and distribution have been solved, the 10-year period of seeing low profits is over.

In another case, six months have elapsed since Sua Moc Chau brand fell into the hands of Vinamilk.

In Q2, GTNFoods, the holding company of Sua Moc Chau, reported revenue of VND735 billion, a decrease of 10 percent compared with the same period last year. However, its gross profit margin increased sharply from 14 percent to 27 percent.

With the huge amount of deposit of VND2 trillion at banks, its interests from deposits increased by 62 percent to VND42 billion. This helped the company gain profit of VND48 billion, twice as much as the same period last year.

Becoming a subsidiary of Vinamilk, Sua Moc Chau not only can take full advantage of Vinamilk’s management, but also can receive financial resources from the holding company.

With a 61-year history, Sua Moc Chau is a famous local milk brand in the north, but not a national brand.

Top 10 most valuable brands worth US$8.1 billion