It is expected that kieu hoi (overseas remittance) will continue to flow into Vietnam, especially HCM City, which receives 50 percent of total remittances.

According to the State Bank of Vietnam HCM City Branch, $3.8 billion worth of kieu hoi was remitted to the city in the first nine months of the year, an increase of 7 percent compared with the same period last year. The figure is expected to reach $5 billion by the end of the year. 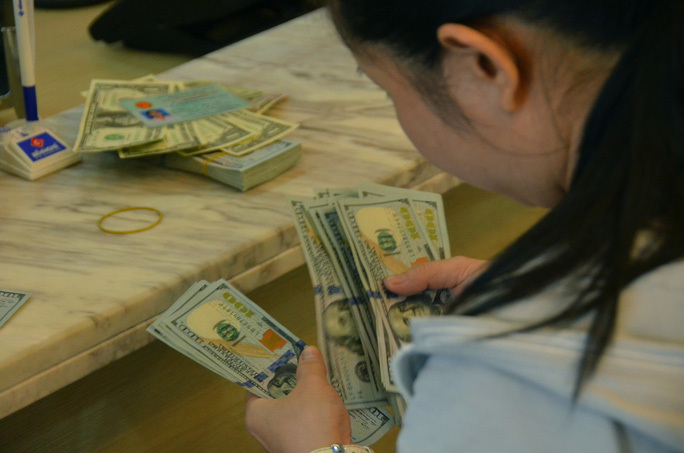 The deputy CEO of a large joint stock bank in HCM City confirmed that the amount of kieu hoi remitted to Vietnam via his bank is relatively high, especially when the bank provides fast money remittance services, allowing customers to receive money after a short time with low costs.

Money is remitted from the US, Australia and Europe. It also is from Taiwan and South Korea, where there are high numbers of Vietnamese overseas workers.

Kieu hoi receivers can get money in dollars or Vietnam dong.

Le Thanh Trung, deputy general director of HD Bank, commented that kieu hoi is a stable source of foreign currency thanks to the increasingly high number of Vietnamese people working abroad and people settling down overseas.

Trung noted that since the Vietnam dong has been stable for a long time and the State Bank is pursuing a policy on stabilizing the local currency, kieu hoi recipi tend to choose money in Vietnam dong and deposit the dong at banks to enjoy higher interest rates.

The dong deposit interest rate now is 7-8 percent per annum, while the dollar interest rate is zero percent. This is part of the State Bank’s anti-dollarization policy on not encouraging people to hold dollars.

Ngoc Anh, 34, in Binh Thanh district, said in the past, her parents received money through private services, but now they receive money via dollar bank accounts.

“After receiving money in dollars, we sell the dollar to the bank for Vietnam dong and deposit dong at banks,” Anh explained.

Huynh Trung Minh, a finance expert, noted that kieu hoi has been flowing to Vietnam strongly partly because the interest rates in other countries have decreased. Money is remitted to Vietnam and invested in business projects in Vietnam.

A large proportion of kieu hoi goes to the property sector which has become attractive thanks to the State policy on allowing Viet Kieu (overseas Vietnamese) and foreigners to buy houses in Vietnam.

“Many people remit dollars to Vietnam to buy properties, especially apartments for rent,” he noted, adding that more kieu hoi will come in the last months of the year as people will prepare to celebrate Tet in January 2020.

Overseas remittances to HCM City on the rise

Overseas remittances to HCM City were estimated to reach $3.45 billion in the first eight months of this year, according to the State Bank of Vietnam’s HCM City branch.