A 5-star apartment block in district 5, HCMC has offered to sell 155 parking seats to residents at tmshocking prices starting at VND500 million, not including VAT. 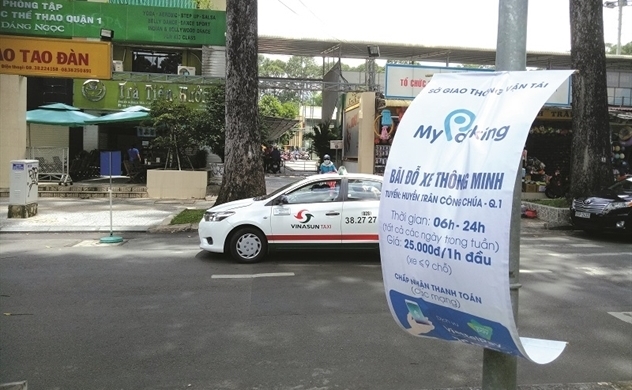 With the area of 11-12 square meters, the parking seats have the sky-high price of VND45 million per square meter, equal to the average selling price of high-end apartments in districts 2 and 7, and even higher than the prices of popular car models.

The price is just the starting price level. Since the car parking area only accounts for 42 percent of total number of apartments of the project, some families may have to pay more to obtain good parking places.

And this price level is not the highest. A high-end apartment block in Hanoi in the past once offered to sell one parking seat to residents at VND1 billion.

Analysts commented that the passion of the majority of Vietnamese for cars, even if real demand doesn’t exist, has been exploited well by realtors. Selling parking seats has become a profitable business for real estate developers.

The owner of a high-end project in district 1, HCMC, when advertising the project, put emphasis on the identified parking seat for every buyer. And in order to have the parking seats, buyers would have to pay millions of dollars for each apartment.

Architects and development planners commented that HCMC may become the next city in the region to face a parking area shortage.

In HCM City, the number of private cars reached 650,000 last year, while the figure was 500,000 in Hanoi. Meanwhile, Savills in Vietnam reported that the sales of car increased by 35 percent in the last five years and will triple by 2025 in HCMC and Hanoi.

The HCMC authorities are considering four underground parking projects, including ones in Le Van Tam, Tao Dan Parks, Trong Dong area and Hoa Lu Stadium. However, no project has been implemented because of problems in investment policies and procedures.

While public parking projects are still on the table, the parking lot market is getting hot.

Some experts have suggested applying ModuParking, a parking sharing model from South Korea, under which private parking lots are turned into public parking spaces.