Reporting 50.6 trillion VND (2.17 billion USD) in before-tax profit in 2018, the Vietnam Oil and Gas Group (PetroVietnam) has become the most profitable corporation in the country. 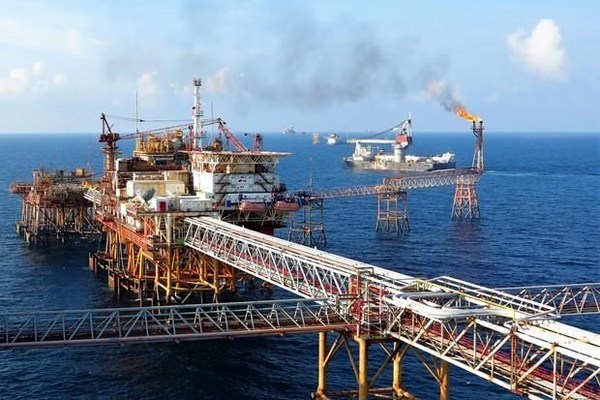 The figure represented a 7.5 percent increase from 47 trillion VND in 2017.

In the past two years, PetroVietnam leaders have made precise business decisions in the context of falling oil prices. The group has focused on improving management of human resources, finance and investment, promoting production and business activities while expanding markets.

By comparison, Samsung Electronics Thai Nguyen, the country’s most lucrative company in three consecutive years, made 43.3 trillion VND in profit in 2018, a year-on-year fall of 30 percent.

PetroVietnam earned 489.5 trillion VND (over 21 billion USD) in revenue in the first eight months of the year, exceeding the 8-month target by 19 percent despite dropping prices of crude oil, which fell to 58.62 USD per barrel in August compared to the predicted price of 65 USD per barrel.

In the period, the group contributed 68.9 trillion VND (2.96 billion USD) to the State budget, surpassing thte 8-month plan by 14 percent and accounting for 78.8 percent of the yearly target.

To complete the yearly plan, PetroVietnam said it would keep a close watch on the fluctuations of global oil prices, improve market forecasting and reasonably adjust output for export and processing to ensure the nation’s GDP growth target, national security and budget collection.

Along with applying advanced technologies to improve business activities, the group will carry out financial solutions to timely respond to the variation of global oil prices.

Thanks to the group’s effective operation and healthy financial situation, PetroVietnam has received good evaluation from international credit organisations.

In the statement, Fitch highlights the robust State linkages with PetroVietnam. PetroVietnam's annual targets are set and approved by Vietnamese Government and its management is State-appointed. PetroVietnam is also Vietnam's national oil company and benefits from exclusive rights to the country’s oil and gas reserves by regulation. Fitch regards the support record as 'Strong'.

PetroVietnam General Director Le Manh Hung said the ratings will serve as a foundation for the group to review and improve its corporate administration in the coming time, especially financial targets.

PetroVietnam holds interests in all of Vietnam's upstream oil and gas assets, accounts for about a third of the country's refined product output, and supplies gas for power plants which make up about 15 percent of the country's power generation. PetroVietnam also accounts for about 80 percent of Vietnam's fertiliser production.

PetroVietnam's investment is projected to rise significantly to 321 trillion VND (13.95 billion USD) over the next five years, from 38 trillion VND last year. PetroVietnam estimates over half of its expected consolidated CapEx and investment will be used to develop its upstream resources, mainly gas fields/. VNA

The Vietnam Oil and Gas Group (PetroVietnam) is seeking permission to restart work on the Thai Binh 2 Thermal Power Plant which was suspended following the arrest of related officials for wrongdoings.