Bui Ngoc Son from the Institute of World Economics and Politics said that if domestic exploitation and production costs are too high while the oil price in the world is on the decrease, PetroVietnam should think of importing crude oil. 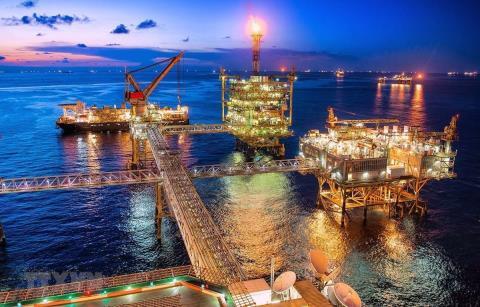 In 2016, when the oil prices fell and stayed at low levels, PetroVietnamhad to shut down some oil fields.

In principle, each oil field its breakeven point. In Saudi Arabia, for example, the price of $15-20 per barrel would be high enough for investors to put oil fields into exploitation.

As for the projects in the shallow waters with favorable geological conditions, the breakeven point should be $30-40 per barrel. It should be over $60 per barrel for other areas.

Therefore, when the oil price in the world market falls to $30 per barrel, the oil and gas sector will face difficulties. In such conditions, the more oil PetroVietnam exploits, the bigger the losses. Closing oil fields and buying oil for storage is a solution for PetroVietnam to cut losses.

However, PetroVietnam needs to calculate how much and when to buy.

If the epidemic continues escalating with more and more infection cases reported, thus having serious impact on the world economy, it is highly possible that the oil price would continue decreasing. If so, buying crude oil at this moment is not advisable.

Dang Dinh Dao from the Hanoi Economics University also said that in the context of oil price falls, PetroVietnam should think of importing crude oil. However, PetroVietnam needs to think carefully about the moment to buy.

Dao went on to say that the input costs in oil and gas production and exploitation in Vietnam are not transparent, which makes it difficult for experts to make comments about prices. It is now the right time for PetroVietnam to publicize the production costs.

Prior to that, at the working session with the Prime Minister’s Advisory Board, PetroVietnam’s CEO Le Manh Hung reported the difficulties and challenges that the group and its subsidiaries are facing in the context of the coronavirus spread and oil price fall.

PetroVietnam in need of investment capital

Demand for investment capital at the Vietnam Oil and Gas Group (PVN) and its member units for 2018-20 was estimated to reach VND620 trillion (US$26.7 billion), PetroVietnam Securities Inc (PSI) recently announced.