The retail sector still saw strong growth in 2019, especially in second-class cities, but it cooled down in large cities.

A report showed that the total retail turnover of goods in the first 10 months of the year was VND3.083 trillion, an increase of 12.8 percent compared with the same period last year. 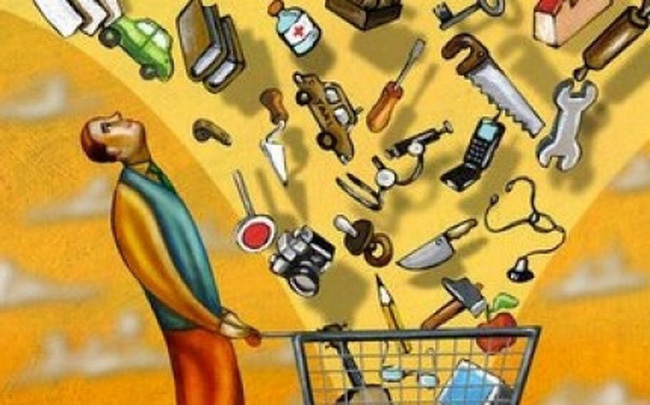 The major driving force came from cultural, education, food and household products. First- and second-class cities had high growth rates in 2019 (more than 15 percent), higher than that of the economic centers of Hanoi, Da Nang and HCM City (12 percent).

Modern trade (MT) saw a 19 percent increase in value, which was higher than general trade (MT) with 5 percent.

2019 was a very eventful year of the retail sector with a series of M&A deals made. Vingroup took over Vien Thong A, Fivimart, GM Vietnam, Shop&Go and Queensland, but later unexpectedly transferred its retail division to Masan Group.

In June 2019, Saigon Co-op took over Auchan, a deal which, as commented by analysts, showed that Vietnamese retailers, with good knowledge about local customers, have advantages over foreign retailers in the supermarket/convenience store segment.

There are many factors that support the development of Vietnam’s retail industry, according to VCB Securities.

The consumer confidence index (CCI) has increased rapidly in recent years, reaching its peak in March 2019.

Average income saw the second highest increase in the region, which prompted Vietnamese to spend more money on goods and services.

General goods and refrigerators were the products with the highest turnover. Consumers are shifting to use higher-end products and becoming choosier about quality.

The "golden population" period is over and Vietnam is entering the aging period. Therefore, the demand for healthcare and organic products is on the rise in large urban areas. The middle class, which is on the rise, buy goods at convenience stores or shop online because of their limited free time.

The expansion of urbanization and the income increase are the premise for retail companies to scale up their business in second-class cities. VCB Securities predicted that urbanization would increase, reaching 49 percent in 2025-2030.

At present, the biggest turnover comes from large cities and key economic zones. However, VCB Securities believes that in the future, second-class cities will be important for retailers.

Vietnam’s retail pie sweet but hard to get: JLL

As one of the most dynamic economies in the region, Vietnam’s young retail market has great potential as it is increasingly more competitive and attractive to foreign investors.