VietBank’s president has unexpectedly resigned and his position has been transferred to a former government official. 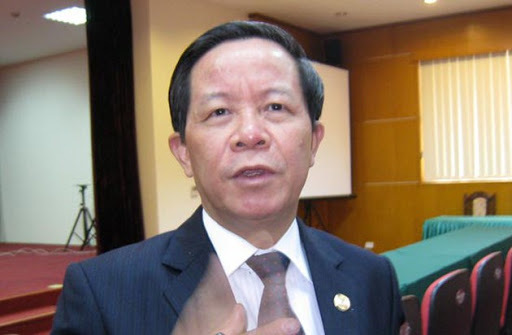 VietBank's chair of the board of directors Bui Xuan Khu

VietBank has announced that Duong Ngoc Hoa resigned from the post of chair of the board of directors on February 23 and the office has been taken by Bui Xuan Khu, who was Deputy Minister of Industry Trade.

Khu is the next former high-ranking official to become a bank president. Le Thi Bang Tam, former Deputy Minister of Finance, is now president of HDBank and president of Vinamilk.

Tam joined Vinamilk in 2013 as an independent member of the board of directors. She has been president of the nation’s leading dairy producer since 2015 and president of HDBank since 2010. She is also a senior advisor to some foreign financial institutions.

A lot of former government officials became businessmen after their retirement. Tran Xuan Gia, former Minister of Planning and Investment Tran Xuan Gia, became the president of ACB in 2008-2012. Gia, together with a lot of former senior managers of the bank, including Ly Xuan Hai, Le Vu Ky and Trinh Kim Quang, were investigated in a case related to Nguyen Duc Kien, or ‘Mogul Kien’.

Former Deputy Minister Bui Xuan Khu, who joined VietBank in 2011, also has a lot of business experience as he was general director of the Vietnam Textile and Garment Corporation (Vinatex), the largest garment producer in Vietnam, general director of Viet Tien Garment and deputy president of the Global Petroleum Investment JSC.

In mid-2019, VietBank put VBB shares into transactions on the bourse.

ACB has divested from VietBank, while Dieu Hien is no longer mentioned in documents and information about the bank. The shareholders from Hoa Lam Group still maintain their stake with Duong Ngoc Hoa as the representative. Duong Nhat Nguyen is now deputy chair of the bank.