Earlier this month, when Mekong Delta’s farmers were harvesting the 2020 summer-autumn crop, rains and storms affected rice quality and caused the market price to fluctuate.

Meanwhile, the Philippines recently stated it has cancelled the plan to import 300,000 tons of rice under the G2G (government to government) mode that it opened for bidding on June 8, in which Vietnam won the bid of providing 60,000 tons. 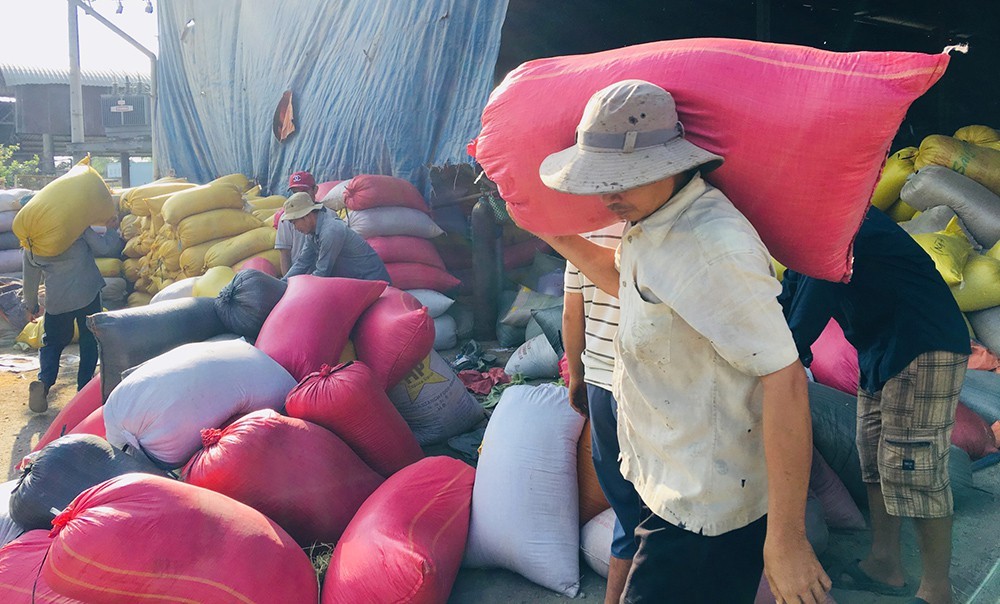 According to AgroMonitor’s July 1 updates, merchants are collecting rice but sales have been going slowly. There are few buyers and transactions in the market as the rice price is on the decrease.

While merchants hesitate to collect rice for fear that the price will continue decreasing, farmers are resolved not to sell rice at low prices. Rice prices of different kinds are stable.

AgroMonitor reported that Vietnamese exporters offered rice at $420 per ton, but Filipino businesses only accepted a price of $410-412 per ton.

A rice exporter in HCM City affirmed that demand still exists, especially from Filipino businesses, but they still are trying to force the prices down.

Five percent broken rice OM 5451 has cost price of $430 per ton, but importers want to buy at $405 per ton. Therefore, large exporters including Quoc Te Gia, Intimex, Kigimex, Thuan Minh and Hieu Nhan, have not signed new contracts, but are gathering strength to fulfill contracts they signed before.

The first relates to the Philippines’ decision to stop pursuing the plan to import 300,000 tons of rice under G2G mode.

Second, buyers know that Vietnamese are harvesting the summer-autumn crop, so they are not making purchases and are listening to the news. Once the supply is plentiful, the prices will go down.

The problem is that many farmers sell fresh rice at their fields, so they have to sell rice at any price and cannot wait for prices to increase.

The structure of Vietnam’s rice exports has changed a lot recently. In the past, low-quality rice accounted for 40-50 percent of total exports, but the proportion of high-quality rice has increased in the last two years.