Vietnam will have approximately 5,000 MW of solar power in a very near future.

Nearly 100 solar power projects in Vietnam have so far met June 30 deadline and will enjoy the government’s incentive policy on renewable energy, while the remainder will have to wait for a new regulation.

The Vietnamese government’s Decision No.11/2017/QD-TTg on mechanism to encourage the -development of solar power provides a feed-in-tariff (FiT) of 9.35 US cents per kWh to solar plants that reach their commercial operation date (COD) before June 30, 2019 with application limited to a period of 20 years from COD.

With the price incentive policy, Nguyen Duc Ninh, deputy head of the National Center for Electrical System Moderation (A0), said investors have been trying to be granted COD before the deadline.

Vo Quang Lam, deputy general director of Vietnam Electricity Group (EVN), said by the end of last year, only two solar power projects were put into commercial operation in the country. However, the number is expected to reach 96 as of June 30 this year, of which 49 projects with total output of 2,600 MW have been put into operation in June alone.

"We will have approximately 5,000 MW of solar power in a very short time," Lam said, attributing the sharp surge to the price incentives on renewable energy.

However, Do Minh Kinh, director of the Department of Industry and Trade of Binh Thuan province, where there are some 20 solar power projects with total output of 1,100 MW, said some are facing difficulties and could not meet the deadline. The investors therefore will have to wait for new regulations from the government.

Meanwhile, the Ministry of Industry and Trade is still drafting a new policy for the country’s solar power development in the coming time.

In mid-June, the ministry submitted to the government two plans on the tariffs with one based in the irradiance zonal classification of provinces and cities into two different zones and the other based on classification into four different zones. The move is aimed to encourage investment in the development of solar power projects in areas with high solar irradiance.

Under the proposal, for the irradiance zonal classification of provinces and cities into two different zones, the FiT rates arrange from 6.67 to 7.89 US cents per kWh for a group of six provinces with high solar irradiance known as Zone 2, including Ninh Thuan, Binh Thuan, Khanh Hoa, Dak Lak, Gia Lai and Phu Yen.

The remaining 57 provinces and cities with lower solar irradiance known as Zone 1 will enjoy the tariff rates between 7.09 and 8.38 US cents depending on solar technologies.

Meanwhile, for the irradiance zonal classification into four different zones, there are significant differences in tariff rates. Under this calculation, the group of the six provinces mentioned above is known as Zone 4 with the lowest tariff rates, ranging from 6.67 to 7.89 US cents per kWh. 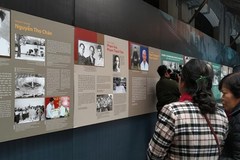