The international and domestic forex markets have seen many unexpected movements recently. 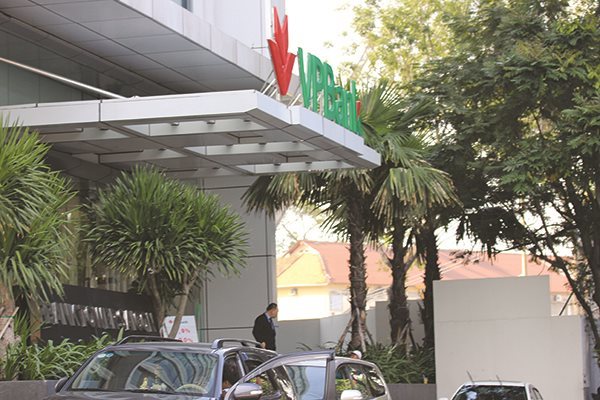 In October, the official exchange rate decreased by VND16 per dollar, marking the first month that saw the dollar price decrease in the last 18 months.

This was explained by the sharp fall of the dollar in the international market as investors believed that the US FED would for the third consecutive time slash the prime interest rate at a meeting in late October.

The US Dollar Index decreased for six consecutive trading sessions in the week from October 27 to November 1 from nearly 98 points to the approximate 97 point zone, the lowest since mid-July.

In another moves, the dong interest rate in the interbank market decreased, which became even lower than the dollar short-term lending interest rate, in the week commencing October 14.

However, analysts said there are not many favorable conditions now.

The dollar prices offered by banks and in the free market remain, which means that speculation by banks has not occurred.

Vietcombank, the strongest bank in forex trading, for example, in late October quoted the buying price at VND23,145 per dollar, a decrease of VND15 per dollar compared with the last month and earlier this year.

Meanwhile, the selling price was VND120 per dollar higher, at VND23,265 per dollar, a slight increase of VND5 compared with the month before, and just a VND20 increase compared with earlier this year.

The dollar price in the free market even decreased more sharply, by VND50-70 per dollar, compared with the beginning of the year.

Analysts said though the dong interest rate has become lower than the dollar interest rate, the interest rate gap is very small, not big enough to kick off the speculation movement of banks.

Financial institutions have every reason to believe that the dollar price will increase more than planned this year, and that the exchange rate may go flat for the remainding months of the year.

The foreign currency supply is now plentiful thanks to the high trade surplus of $7 billion in the first 10 months and the 7.4 percent increase in disbursed FDI capital to $16.2 billion.

Vietnam will not use exchange rate as tool to boost exports: central bank

The central bank believes that for an open economy like Vietnam, the sharp devaluation of the local currency will not help boost exports, but will do more harm than good.