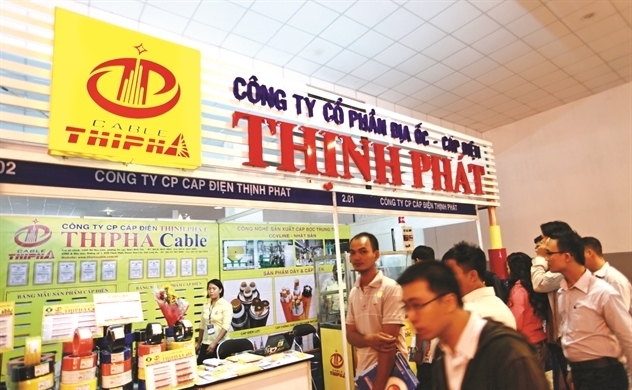 This is a long lasting enterprise manufacturing carton and offset packaging for food and beverage companies with a capacity of about 100,000 tons per year. It reported revenue of VND1.7 trillion in 2019.

In Vietnam, packaging paper accounts for nearly 50 percent of total paper consumption. According to the Vietnam Pulp and Paper Association (VPPA), the demand for packaging paper would see a relatively high growth rate of 14-18 percent per annum in the next 5-10 hears.

Under the development strategy of the industry, the packaging paper output would reach 6 million tons by 2025, or twice as much as 2019.

Siam Cement, one of the biggest packaging suppliers in Southeast Asia, believes that the acquisition of Bien Hoa will help it compete well with other rivals such as Kraft Vina and Lee & Man.

Another noteworthy deal made by Thai investors was the acquisition of Thinh Phat Cable JSC and Dong Viet Plastics Color Metal JSC. Stark Corporation PCK spent the record high amount of $240 million to take over the two enterprises at the same time.

Established in 1987 with the factory located in Long An province, Thinh Phat JSC is well known thanks to the cable supplier of the national 500 KV, 220 KV and 110 KV electricity transmission networks and the power line undergrounding programs in large cities, energy projects in rural areas funded by WB and ADB.

Meanwhile, Dong Viet focuses on making copper and aluminum wire and bars and processing PVC and XLPE products. It is a subsidiary of Thinh Phat Group.

With the M&A deal, Stark Corporation would have the opportunity to access Thinh Phat’s large existing custom and participate in the nation’s key infrastructure projects, such as Long Thanh Airport, smart cities, highways and subways under execution in many provinces and cities.

As an energy thirsty country, Vietnam has been eyed by many Thai investors. Super Energy Corporation has spent $457 million to buy four solar power projects in Vietnam. These are the projects belonging to the Loc Ninh energy center developed by the Electricity of Vietnam (EVN) with the total installation capacity of 750 MW.

In the retail industry, Central Group has stated it will spend $500 million more to expand the retail network in Vietnam, turning the market into an important link of the Central Group’s link, which is expected to make up 25 percent of the group’s total revenue in the next five years.