The secrets of trade surplus records

By now, it can be concluded that albeit unable to reach the set goal, Vietnam’s export this year has yielded encouraging results. 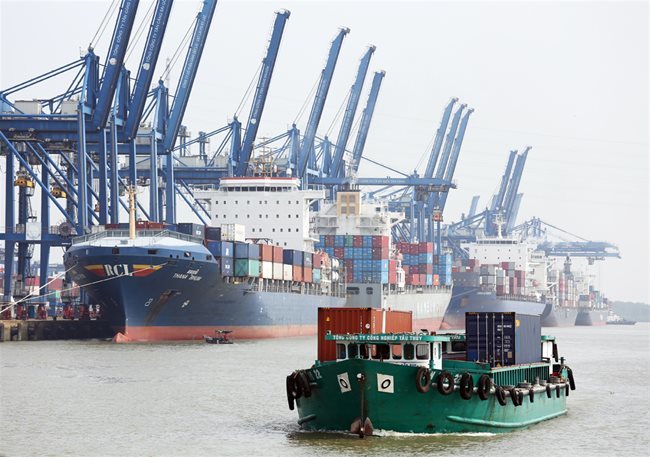 Previously, Vietnam set a 7%-growth scenario for her export sector this year. That means the total export sales must reach almost US$283 billion. The 3% “quota” for trade deficit would mean the trade gap value would be US$8.5 billion and import total US$291 billion, a rise of 14.9%.

However, statistics during the first eight months of 2020 recently released have painted a different picture. Exports rose by only 2.3% to reach a total of US$175.4 billion, only equal to 62% the year’s total target whereas imports did not surge as expected but fell by 2.4%, reaching US$161.9 billion, or 55.6% of the target.

As both exports and imports developed in opposite directions contrary to expectations, Vietnam obtained an unprecedented trade surplus in the Jan.-Aug. period of this year.

Undoubtedly, in the backdrop of the global trade plunge, Vietnam’s export growth, despite a humble rate, is a bright spot. International trade statistics show that the total export sales of 20 countries during the first seven months fell by 10.6% year-on-year; or the export value of 44 countries with statistics available till June indicates that it made a drastic dive at 12.4%.

Although exports grew at a slow pace, plummeting imports led to bigger trade surplus, making it a bright spot.

Vietnam’s trade surplus picture was painted by several “artists,” who together bred unexpected results. The chief reasons are:

First, the global economy made a headlong dive, pulling down commodity prices. Vietnam’s foreign trade was no exception.

A report released in April by the International Monetary Fund (IMF) shows that the world’s GDP will drop by 3.03% for a second time over the past 40 years. The rate of decline is significant compared with the first one in 2009 when the minus growth was only 0.07%.

In such an economic context, if compared with the peak in 2011, the world’s commodity prices this year will decline for nine consecutive years, whose total decreasing pace would amount to 47.15%. That’s why the overall import-export basket of the global economy would shrink.

Secondly, under the circumstance that Vietnam’s prices of exports declined conspicuously, local traders would suffer great losses, which is why the pace of export growth was inevitably low.

Calculations of statistics obtained from Vietnamese customs show that instead of a decline of US$17.88 billion year-on-year, or a drop of 7.3% year-on-year, the total export earnings of Vietnam’s 16 goods items with quantitative and qualitative statistics available in the first eight months would be US$20.57 billion, a rise of 6.7% without a change in prices.

The above figures also indicate that considering quantity, despite all the difficulties, Vietnam’s real export value during the first eight months continued to rise at a pace not much lower that the intended target. That’s why it is certain for Vietnam to considerably improve her position in the ranking of the world’s top exporters.

Thirdly, the prices of goods imported by Vietnam declined at a faster pace. That means the benefit Vietnam gained from commodity prices was even bigger.

Calculations from customs statistics indicate that instead of US$33.84 billion, a drastic plunge compared with the year-earlier period, the total import value of Vietnam’s 18 commodities with statistics available over the first eight months would be US$40.76 billion, or a growth rate of 5.7% without a change in prices. This point alone and only with 18 commodities, Vietnam enjoyed a benefit in prices worth US$6.92 billion.

What’s more, declining prices of both import and export commodities were an effective brake put on inflation.

Fourthly, considering the profile of export and import markets, Vietnam has a mixed feeling.

However, when it comes to the profile of Vietnam’s export markets, it becomes a source of worry. It is because while the total exports during the first eight months rose only by US$4 billion from the same period last year, those to the United States alone increased by US$7.75 billion. That means Vietnam’s exports to all other markets dropped by US$3.75 billion. In the meantime, imports statesite fell, causing even higher trade surplus.