The story about Asanzo and the ‘made-in-Vietnam’ concept

Asanzo, a ‘rising star’ in the electronics industry with revenue of VND6 trillion in 2018 and annual growth rate of 44 percent per annum, has been suspected of committing fraud by declaring that its products are made in Vietnam.

On June 21, Tuoi Tre newspaper began publishing a series of reports showing Asanzo imported household appliances from China through many import companies and then put ‘Asanzo’ labels on them. 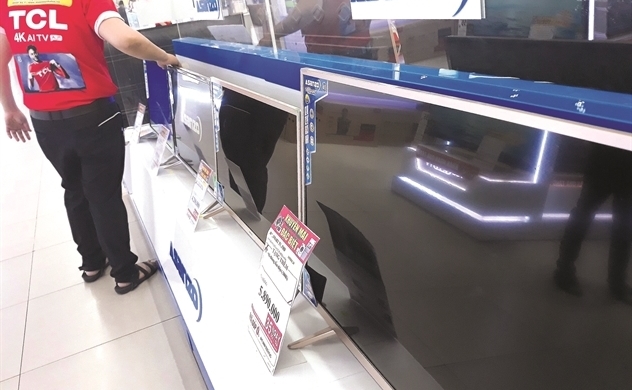 The PM requested relevant agencies to clarify the case and report to him by July 30.

According to Tran Thi Thu Huong from VCCI, the HS rule allows enterprises to import 100 percent of materials and accessories for domestic production to create finished products. The rule allows import of materials in a certain percentage.

Therefore, in the textile and garment industry, the products finished in Vietnam still can satisfy requirements to be listed as ‘made in Vietnam’ products, though 50 percent of materials are imports.

Thoi Bao Kinh Te Sai Gon quoted Bui Kim Thuy, representative for Vietnam at the US-ASEAN Business Council, as saying that while the trade ministry has yet to issue laws on the identification of Made-in-Vietnam goods, firms with production lines in the country are not breaking the law by labeling their goods as home-made.

An iPhone is a US product, though it is made in China, for example.

According to Vo Van Quang, a branding expert, the classification of products by country of production is no longer suitable. Instead, the role of brands has become more important.

In other words, modern consumers are no longer interested in production places, but want to know how products are created and in which markets the products are distributed.

In the age of global integration, when the division of labor is at a global level, according to supply chain or value chain, the concept ‘made by’ is more significant than ‘made in’.

Enterprises pay attention to ‘made in’ when they mention the origin of products for preferential tariffs. This explains why in the US-China trade war, many enterprises want to relocate factories from China to other countries.

In Vietnam, foreign technology, electronics and automobile groups focus on exploiting advantages rather than transferring technology. According to GSO, the Vietnamese value in smartphone exports is only $2.

Asanzo may be vindicated in product labeling dispute: lawyer

Given the varying criteria and rules on origins, it is possible that local electronics producer Asanzo Vietnam had legally identified its products as “Made in Vietnam,” said lawyer Tran Ngoc Trung from law firm Baker & Mckenzie Vietnam.