The trio of ‘petrol tycoons’ in prison

‘Phat Oil’ in Hai Phong, ‘Son Iron’ in Thanh Hoa, and Trinh Suong in Soc Trang, well-known characters in their specific worlds, have been arrested for producing and trading counterfeit petrol, smuggling and buying smuggled petrol, and illegal trading of VAT invoices. 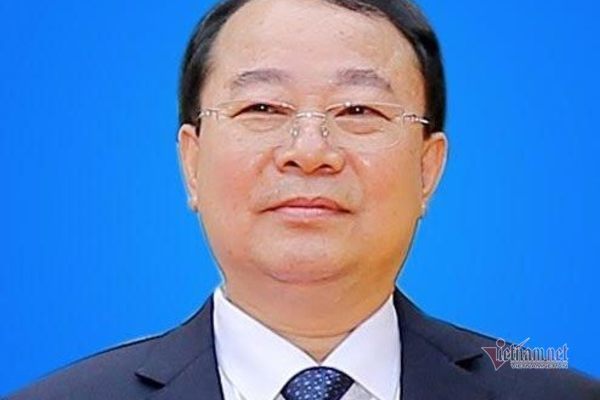 * On the evening of September 8, the Hai Phong Police began legal proceedings against Ngo Van Phat, born in 1964 residing in Hai An District in Hai Phong City, and put him into temporary detention.

The investigation agency found that Phat was leader a group of criminals that set up many ‘bogus’ companies dealing in illegal trading of VAT invoices.

At the time of arrest, Phat was chair of Petraco, established in 2012, specializing in wholesale solid, liquid and gas fuels, and related products.

Petraco also invests in iron ore, sand, gravel and clay mining, in real estate and wholesale metals and metal ores. The company provides products in many cities and provinces in the country.

Known as a petrol tycoon, Phat was also director of Phu Thanh Group JSC which was involved in many construction design and execution projects.

Phat is famous as a wealthy businessman who owns villas which are as big as castles in Hai Phong and Thai Binh, worth hundreds of billions of dong. There is a helipad on the roof of one villa.

* The arrest of Trinh Suong, who was then director of My Hung Co Ltd in Soc Trang province in 2019, stirred up the public.

Suong was known as a rich man with a watertight lifestyle. Only when the fuel depot was examined did the activities of the tycoon come to light.

Not only having a long arm among the petrol trading circle, Suong is also the owner of many properties located in advantageous positions in Soc Trang and other neighboring areas.

Suong and another 38 defendants have been prosecuted for producing and trading counterfeit petrol.

The indictment shows that Suong set up My Hung in 1996 in the major business field of trading petroleum products and liquefied petroleum gas. Eleven years later, he established one more company, Gia Thanh Co Ltd, where his wife’s sister Truong Nhu Tuyet was the director.

He made counterfeit petrol by mixing solvents with real gasoline (A95) and chemicals, and then added Azo, an industrial color compound, to create the color.

The volume of fake gasoline was sold through 337 agents of My Hung, Gia Thanh and Ressol, which brought profit of VND107 billion.

* In December 2013, the investigation agency announced its decision on prosecuting Nguyen Truong Son, or ‘Son Iron’, residing in Dien Bien ward of Thanh Hoa province, and other persons, after investigating their smuggling activities.

The police found that on December 17, 2013, Son and his wife, Nguyen Thanh Phuong, the director of Hoang Son Co Ltd, through a foreign personality, imported 2, 600 cubic meters of DO.

Son and his accomplices organized many smuggling cases. DO was imported for VND20,000 per liter and sold in Vietnam at VND21,000.

Hoang Son was a private enterprise where Nguyen Thanh Phuong was the director. The company, with a large shipping capacity, owned a number of high-tonnage vessels, specializing in providing transport services, mining, and petroleum trading.

Pressed by COVID-19 and the oil price war between Russia and the OPEC, local petroleum manufacturers expect great plunges in revenue.