Trillions of dong worth of debt settled each month, after resolution released

A daring decision has helped the financial market and the banking system to stand firmly during Covid-19.

The State Bank of Vietnam (SBV) reports that the bad debt ratio of the banking system had decreased 1.96 percent as of the end of August, lower than the targeted 2 percent. 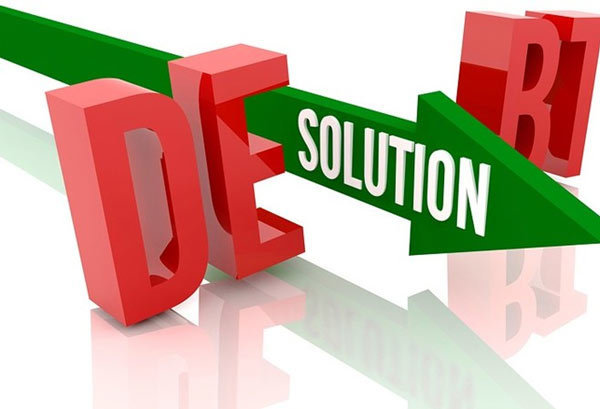 The Covid-19 pandemic has caused many hardships to businesses, which explains why non-performing loans (NPL) have been increasing rapidly. However, bad debt is still within control.

One of the tools that banks use to restructure their operations and settle bad debts is Resolution 42.

SBV Deputy Governor Nguyen Kim Anh said that Resolution 42 is a very important document, which for the first time, handles all legal entanglements that have existed for many years related to debt and collateral settlement in one National Assembly legal document.

In addition to Resolution 42, the Prime Minister also promulgated Decision 1058 on restructuring credit institutions integrated with bad debt settlement in the 2016-2020 period.

According to Tran Dang Phi, Deputy Chief Inspector of the State Bank, the legal framework on debt settlement is finished, and conforms to international standards and practice in Vietnam.

The framework ensures the stability and safety of the banking system, and improves credit quality, with the bad debt ratio decreasing step by step.

However, according to Anh, the resolution is only valid for five years from August 15. This means that after the resolution expires, if there is no legal document to replace it, banks will once again face difficulties in settling bad debts.

Can Van Luc, chief economist of BIDV, warned that the last months of 2020 and the year of 2021 will be a difficult time for banks, predicting that the bad debt ratio may reach 3 percent by the end of 2020 and 4 percent by 2021.

Hundreds of cars serving as collateral for bank loans have been put on sale by commercial banks to collect debts.