Unlisted public companies are planning to move to the Ho Chi Minh and Ha Noi stock exchanges to increase share liquidity and capital.

The company is trading more than 227 million shares on UPCoM. The switch will allow the company to raise capital, thus funding its infrastructure investment projects.

Deo Ca Traffic Infrastructure Investment is the investor of many build-operate-transfer (BOT) projects such as Bac Giang-Lang Son Highway, Deo Ca Tunnel and Phuoc Tuong-Phu Gia Tunnel. In 2020, the company will need VND730 billion to invest in the two former projects.

In 2019, the company earned VND477 billion (US$20.5 million) and VND155 billion in total revenue and profit, respectively. Earnings targets for 2020 are expected at VND1.7 trillion worth of revenue and VND185 billion worth of profit, up 260 per cent and 19 per cent on-year.

Equitised Binh Son Refining and Petrochemical JSC (UPCoM: BSR) has filed to list its 3.1 billion shares on the Ha Noi Stock Exchange (HNX). The filing has been received.

The listing will make BSR shares more liquid, allowing the Government to proceed with its divestment plan, according to the board of directors.

Ending the first quarter, BSR posted a record loss of VND2.35 trillion. The company targets a total output of 5.56 million tonnes of products for 2020; a total revenue of VND80.68 trillion and a total post-tax profit of VND1.18 trillion.

The post-tax profit for the whole year is expected to drop nearly 60 per cent on-year as crude prices are expected to trade at $60 a barrel on average this year. Earnings targets can be adjusted upon the movement of oil prices.

UPCoM is seen as a transit station to encourage unlisted companies to trade their shares on the Vietnamese equity market. This is also the secondary option for those that are removed from the two stock exchanges to keep their shares liquidating.

On Monday, the market index UPCOM dropped 0.73 per cent to end at 55.54 points with nearly 41.5 million shares being traded, worth VND439 billion.

Trading volume and value of the HNX were double UPCoM’s while those of the HoSE were 17 and 52 times higher, respectively.

If those firms are qualified for HoSE and HNX listing, it means they are able to meet stricter requirements set by the two exchanges, thus allowing shares to be more active to benefit shareholders and investors. — VNS

Foreign investors in January bought a total net value of VND46 billion (nearly US$2 million) worth of shares on the Unlisted Public Company Market (UPCoM). 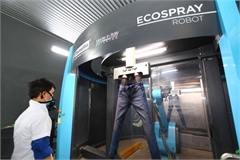 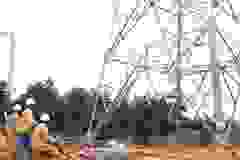