Its accumulated losses were over VND14.2 trillion, exceeding the firm’s charter capital of more than VND8.9 trillion.

Under the Law on Securities, if enterprises’ accumulated losses are higher than their charter capital, the listing of their shares on local bourses will be canceled. Vietnam Airlines may face the same fate if it does not increase its charter capital by an additional VND8 trillion as planned.

In addition to the losses, the air carrier is burdened with debts of nearly VND60 trillion, including VND12.69 trillion in short-term loans and VND21.64 trillion in long-term loans. However, its cash is over VND2 trillion.

Late last year, the airline announced it would issue shares worth VND8 trillion to its existing shareholders to raise its charter capital. The State Capital Investment Corporation would represent the Government, which owns 86% of the national flag carrier, to buy the shares. 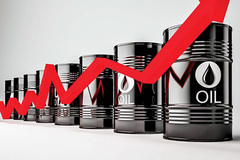