The ministry’s Import-Export Department said that unpredictable developments in the global economy coupled with the declines in import demand of Viet Nam’s traditional rice markets like China, Indonesia and Malaysia were posing significant challenges to Viet Nam’s rice exports.

Rice traders must strictly comply with Decree No 107/2018/ND-CP about rice reserves and price stabilisation, the ministry asked.

Focus must also be placed on improving facilities and enhancing awareness in production and processing to increase rice’s added value and build a brand for Vietnamese rice, the ministry asked, adding that fluctuations of paddy and rice prices must also be closely watched.

The ministry asked provincial departments of Agriculture and Rural Development to enhance cooperation with traders, co-operatives and farmers to ensure rice production to follow standards which would help Viet Nam easily expand exports.

The ministry said that China’s Ministry of Agriculture and Rural Affairs announced last week that this country could finish its goal of rice output this year. In addition, import demand from Indonesia and Malaysia was also low.

The Philippines also enhanced control over rice imports, with the revision of the food safety management system on imported rice.

Viet Nam’s rice exports in the first two months of this year reached 890,000 tonnes, worth US$410 million, up by nearly 6 per cent over the same period last year.

Diversifying pork sources was important to stabilise the domestic market due to the impacts of the recent African swine flu.

The Ministry of Agriculture and Rural Development predicted that meat output would reach around 5.5 million tonnes this year, in which pork would account for 64-67 per cent.

Pig raising was recovering in recent months, the ministry said.

According to statistics from the Animal Health Department, Viet Nam imported more than 65,800 tonnes of meat as of the end of February, in which pork accounted for 21 per cent, up by 150 per cent over the same period last year. Pork was mainly imported from Canada (33.6 per cent), Germany (25.4 per cent), Brazil (16.1 per cent) and Poland (15.81 per cent). – VNS

Vietnam imported nearly 66,000 tonnes of meat in the first two months of this year, according to the Ministry of Agriculture and Rural Development. 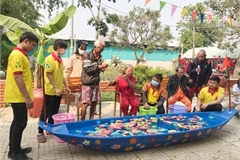 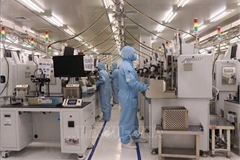 Amid a protracted COVID-19 outbreak, socio-economic data in October showed the contraction has bottommed out and Vietnam's economy has made positive changes, the World Bank in Vietnam said.