SEA and Grab from Singapore, Woowa Brothers from South Korea and Go-Jek from Indonesia are fighting for market share.

Grab is currently holding the upper hand but the future is an unknown.

On May 23, Grab celebrated the first anniversary of its GrabFood service launch. The statistics released by the company show it holds an advantage in the food delivery market. 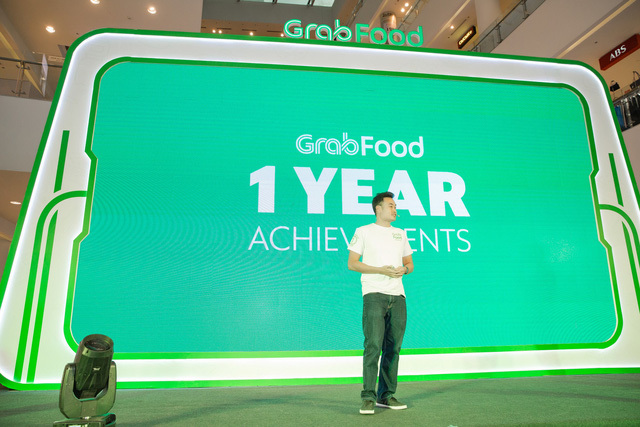 As of January 2019, GrabFood has been present in 15 cities/provinces, while 81 percent of users in Hanoi and HCMC chose GrabFood as the most commonly used among food delivery brands, according to a report released by Kantar in late April 2019.

With the average delivery time of 20 minutes, GrabFood is the fastest service available at this moment, according to GComm. The delivery time can be shortened thanks to a high number of Grab drivers, about 190,000.

Grab’s No 1 position in the Vietnamese market is not a surprise. The service provider came to Vietnam sooner that its major rivals, so it can enjoy a lot of advantages. It has a higher number of partners and drivers, and understands consumers.

However, analysts said that no one can say for sure if GrabFood can stand firmly in that position. Its rivals, SEA – Now, Go-Jek – Go-Food and Woowa Brothers – Vietnammm/Beamin are all unicorns of Asia and they are not less financially powerful than Grab.

In May 2018, after announcing the plan to pour $500 million into Southeast Asia to expand the market, Go-Jek, established in 2010, came to Vietnam.

In 2016, Go-Jek received $550 million worth of investments from many funds. In early 2019, it got $100 million more from Astra. Google, Tencent, Temasek and Mitsubishi have also injected money into Go-Jek. In February 2019, it was valued at $10 billion, becoming the biggest unicorn in Indonesia.

In early 2019, Woowa Brothers stirred up the public taking over Vietnammm to enter the Vietnamese market.

Woowa Brothers runs two apps – Vietnammm and Beamin. The latter now only delivers food in districts 1, 3 and 5 and offers big discounts of up to 70 percent.

Before making IPO in the US in 2017, SEA spent $64 million to acquire 82 percent of shares of Now and Foody, which helped it have a better profile in investors’ eyes.

Until the appearance of GrabFood, Now had been leading the market with a large ecosystem with Foody – TableNow established in 2016. Now is present in 16 cities/provinces in Vietnam.

Newcomers have shaken up Vietnam’s food delivery sector with intensified competition in which only strong contenders can withstand the challenges.

VietNamNet Bridge - Grab and Now, which both operate in the food delivery sector, are now competing with Woowa Brothers, a South Korean unicorn valued at $2.6 billion, which has taken over Vietnammm.com.