On the first working day of the Year of the Rat, Heineken Vietnam, a brewery in Vung Tau City, got approval to raise its investment capital by $68.8 million to $381.3 million. 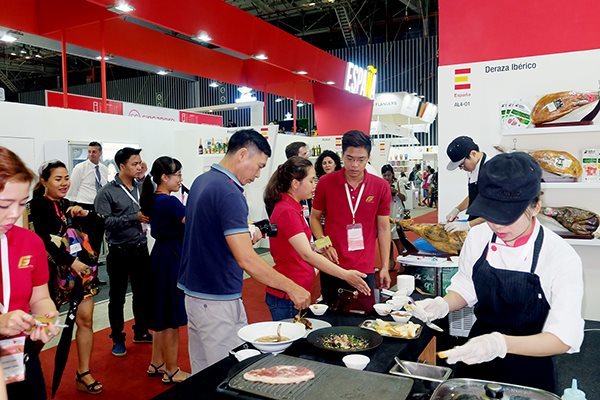 The capital increase will allow the brewery, located in My Xuan A IZ, to increase production capacity to 1,100 million liters a year.

Datalogic Vietnam in the HCM City Hi-tech Park, an Italian invested company that makes barcode readers, after 10 years of increasing capacity, has revenue of $200 million a year.

According to Dang Van Chung, director of Datalogic Vietnam, the factory in Vietnam is the biggest one of the group and is always ready to increase capacity once the demand increases in the world.

The decisions by Heineken, Datalogic and Nestle to pour more capital into their projects in Vietnam show the European businesses’ confidence in the Vietnamese environment.

By mid-2019, Vietnam had licensed 2,250 European invested projects with total registered capital of $25 billion, according to FIA.

The Netherlands had one new investment project, capitalized at $20 million, and contributed capital to six enterprises, worth $15 million.

Analysts commented that the moves were taken to take full advantage of the EVFTA and EVIPA.

In fact, investors have been preparing for this for the last three years. Nicolas Audier, chair of EuroCham, commented that EVFTA is the most comprehensive and ambitious FTA ever signed by the EU with a developing country.

The agreement allows Vietnam to access the EU large consumer market with 500 million consumers, while paving the way for European investors to expand their markets.

An EuroCham’s survey on 1,000 European enterprises operational in Vietnam in 2019 found a tendency of expanding business and trade in Vietnam.

Thoi Bao Kinh Te Sai Gon quoted experts as predicting that with the EVFTA ‘leverage’, Vietnam’s GDP may grow by 7-8 percent by 2025.

According to Phan Huu Thang, former FIA Director, the commitments to fairly, equally, safely and adequately protect investments and investors in EVIPA will help Vietnam attract more investment capital from the EU and other countries.

Free trade agreements (FTA), including the latest one signed between Viet Nam and the EU, will benefit the domestic fertiliser sector, with more diverse import and export markets, experts said.