According to KIS Vietnam, ETF capital to Southeast Asia increased sharply in the third week of May (May 18-22) to $27 million, the highest level in the last month. 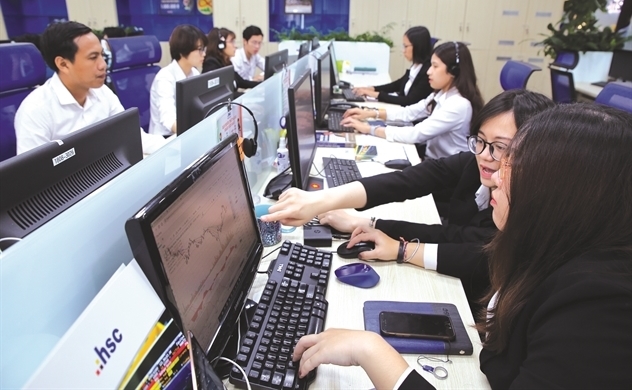 Vietnam was the main contributor to the increase which attracted $17 million. This included $14 million attracted by VFMVN Diamond, an ETF which was presented before the public in May 2020.

Affected by the pandemic, the Vietnamese stock market saw slight decreases before rebounding.

According to Bui The Tan from SSI, market liquidity has been stable recently, with the trading value of VND5 trillion per trading session, an increase of 4 percent compared with the same period last year.

Vu Viet Ngoan, former head of the Prime Minister’s Economic Advisory Board, said that global stock markets had declined because of Covid-19, but only very slightly compared with the two recessions in the past. This is because the central banks made very prompt interventions to prevent the economies from sliding into recession.

The moves by the governments and central banks helped consolidate investors’ confidence and create a large liquid cash flow, part of which can go to stocks and bonds in the financial market.

The government of Vietnam is trying to grab the opportunity to attract foreign capital, which will be an important factor affecting the recovery of the economy. The stock market is recovering well, but the country needs foreign capital for sustainable development.

In its report released recently, VinaCapital noted that Vietnam has the opportunity to attract foreign portfolio investment as central banks are going to launch $6 trillion through quantitative easing packages this year.

The money is likely to flow into frontier and emerging markets which promise higher profitability. The capital flow will support the stock market significantly.

The VN Index increased by nearly 50 percent in 2017 when ECB issued $1 trillion.

VinaCapital believes now is the time for Vietnam to change policies to attract more foreign capital from the money the central banks use to support their economies.

One of the biggest problems related to accessibility to the Vietnamese market that concerns foreign investors is the foreign ownership ratio ceiling.