Vietnam will be able to reap fruit from the EVFTA if it can improve the legal framework and enhance implementation capability.

The World Bank has released a report showing that Vietnam’s GDP may increase by 2.4 percent and its exports may go up by 12 percent by 2030, or $31 billion, by just taking full advantage of the preferential tariffs stipulated in EVFTA. 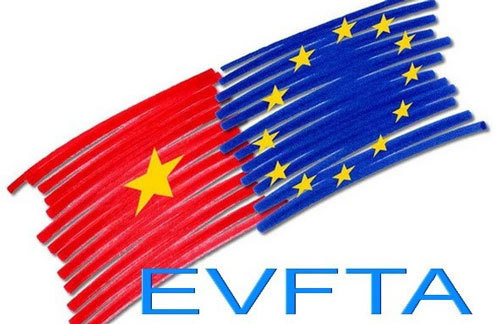 However, WB believes that the benefits would be even larger if Vietnam implements a comprehensive economic and institutional reform agenda.

It is estimated that the reforms would help boost productivity, helping the GDP increase by another 6.8 percent compared with the basic scenario by 2030.

The report pointed out that Vietnam needs to improve capability in implementing three major issues – rules of origin, sanitary and phytosanitary measures for plants and animals, and a dispute-settlement mechanism between the state and investors.

As for the EU, the EC estimates that its GDP would increase by $29.5 billion and exports to Vietnam by 29 percent by 2035 thanks to the agreements.

Phil Hogan, the EU Trade Commissioner, commented on Europa that EVFTA can bring huge benefits to both Vietnam and the EU, and that it is a victory for the two sides, for consumers, workers, farmers and enterprises.

A report from Phu Hung Securities showed that farm, forestry and seafood produce are believed to see the sharpest export increases in the time to come. The EU is one of Vietnam’s major export markets which consumes $1.25 billion worth of products a year.

Ousmane Dione, WB Vietnam Country Director, commented that if Vietnam can take action to narrow the gap in implementation capacity and legal compatibility, Vietnam will see big benefits, unprecedented in its history.

Covid-19 is considered the ‘restart’ button, while EVFTA is the ‘gear up’ button, and now is the time for Vietnam to carry out deeper domestic reforms.

Starting from this year, investors from EU member states will for the first time be allowed to tender for many types of public projects in Vietnam under EU-Vietnam Free Trade Agreement commitments.