Development of coastal industrial zones appears to be the right move to take advantage of incoming FDI.

BW Industrial, a joint venture between Warburg Pincus and Becamex IDC, has followed famous realtors’ moves to set up an IZ on Dinh Vu Peninsula in Hai Phong City. The project is hoped to open this September. 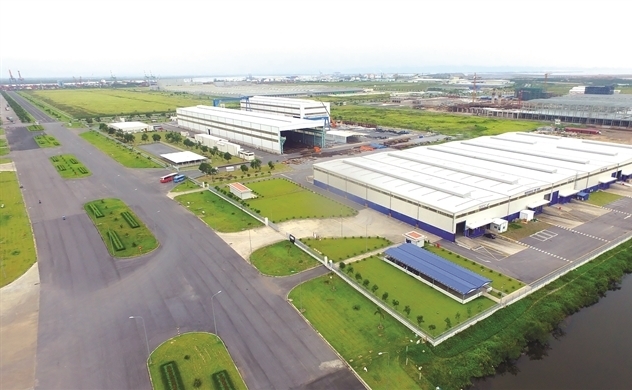 Prior to that, Dinh Vu welcomed a Belgium investor – Rent-A-Port NV – with its DEEP C industrial complex project which alone makes up 20 percent of total FDI in Hai Phong.

Like Hai Phong, the local authorities of coastal provinces of Vietnam have been trying to attract FDI to industry projects in coastal areas.

In 2019, the Quang Ninh provincial announced tax and land fund incentives to lure FDI into the Quang Yen coastal EZ, where Rent-A-Port NV could use the available land to build DEEP C III and a deep water seaport, capable of receiving large vessels with tonnage of over 30,000 DWT.

Tesa, a German manufacturer of hi-tech adhesive tapes used in the electronics and automobile industries, was one of a few European investors who announced the building of its factory in DEEP C in mid-June, the time when all economies had closed their doors to prevent the spread of Covid-19.

Covid-19 has slowed the relocation of production facilities out of China, which has also affected the industrial real estate market in H1.

However, IZs near the sea are a trend for Vietnam’s logistics development in the future. In Singapore, for example, IZs are built at seaports, and then logistics centers, where liberalized trade and regional goods distribution centers are developed.