Not much work has been done to prepare for the opening of the competitive retail market, slated for 2021. Under the PM Decision released in October 2013, the competitive electricity market will take shape in a 3-stage roadmap. 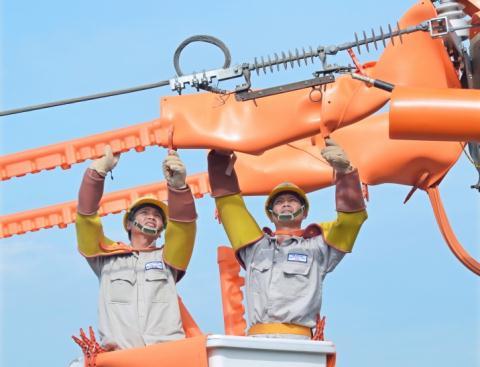 According to Ngo Duc Lam, an expert from the Vietnam Sustainable Energy Alliance, considerable effort has been made, but much work still needs to be done to prepare for the competitive retail market.

However, EVN and its subsidiaries still make up the controlling proportion in the electricity generation market.

Meanwhile, EVN, PetroVietnam and Vinacomin are all state-owned corporations, which means that the State remains the biggest investor, and creating a competitive market for small private investors is a matter of concern.

“The electricity generation system comprises thermopower and hydropower plants. Thermopower plants include EVN’s, PetroVietnam’s and Vinacomin’s and BOT ones. However, have BOT plants joined the competitive market?” Lam said.

“Will large hydropower plants, which bear the tasks of allocating electricity and water for agriculture, join the market? Does the competition exist in reality?” he said.

A lot of questions have been raised about the electricity wholesale market. Lam stressed that it is necessary to clarify what has been done to set up the market, how many wholesalers there are, and which agencies authenticate them.

To date, EVN still holds the monopoly in electricity transmission, distribution and retailing.

EVN is managing the entire core infrastructure of the power industry, including the national grid (transmission and distribution system), power metering systems and information technology system serving the operation of the electricity system and electricity market.

Lam pointed out that splitting the electricity transmission and electricity regulatory units from EVN’s system is necessary and can be done immediately.

“Why does EVN still try to retain the units?” Lam said.

Vietnam Electricity (EVN) expects to complete its divestment from both core and non-core businesses this year.

Many people in Ho Chi Minh City are paying very little for their monthly electricity bills in recent times.