Land prices escalate in some localities, ‘bogus’ projects break out

The real estate market was lackluster last year. The land fever in early 2019 was followed by a sharp decline in supply and the number of transactions.

1/ The ‘land fever’ which showed its first signs in late 2018 intensified in 2019, especially in areas expected to become new administrative – economic centers, the suburbs of HCM City and some northern provinces. 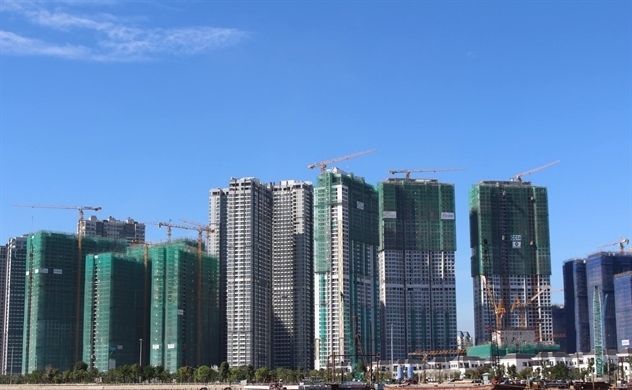 Land fever broke out in Da Nang City in January and Van Don in February, after big infrastructure works became operational. Later, it emerged in Binh Thuan province after the news about the establishment of an airport in Phan Thiet and the plan by Phu Quoc authorities to build a city.

In August 2019, the land fever occurred in Dong Nai province, especially in Long Thanh after the news about the dates to kick off the construction of Long Thanh Airport and the building of Cat Lai Bridge. In the last months of the year, rumors were that two towns in the province would be upgraded.

According to the Ministry of Construction, in Q3 2019, HCM City had only 8 new projects eligible to sell apartments in the future, while the figure was 22 in Hanoi.

Some market survey firms reported that the supply of apartments in HCM City decreased by 74 percent compared with the same period last year, the lowest level n the last three years.

Meanwhile, the supply of affordable apartments continued to decrease. The situation has lasted since late 2018.

The short supply is attributed to the long time needed to approve projects. According to some analysts, the market has entered a correction period.

In 2019, the HCM City authorities allowed 124 projects to serve the inspection. The names of the 124 projects have not been made public.

3/ The year 2019 also witnessed a breakout of many ‘bogus’ projects.

Alibaba Company was found collecting 600 hectares of agriculture land and ‘fabricated’ 40 projects in Dong Nai, Ba Ria – Vung Tau and Binh Thuan. After that, it put the land up for sale though the projects had no legal status.

Issuance of land use certificates to be solved

Authorities in Hanoi are committed to solving problems regarding the granting of land use rights and house ownership certificates to people who bought apartments in illegal projects by next year.

The report provides a comprehensive analysis of the credit cards industry within Asia covering various aspects.