Vietnam-Russia cooperation in oil and gas: great opportunities ahead

With the support of the two governments, Vietnam’s oil and gas industry is expected to continue developing strongly.

The Government Electronic Information Portal on December 24 reported that in the conversation between the Vietnamese Prime Minister Nguyen Xuan Phuc and his Russian counterpart Dmitry Medvedev, the two sides exchanged views on the cooperation between the two countries in the oil and gas sector. 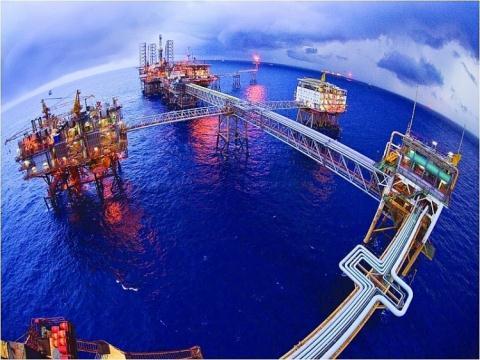 The Vietnamese side affirmed that it has always created most favorable conditions for oil and gas companies of the two countries to cooperate with each other in oil and gas exploration and exploitation, as well as new fields such as gas-fired thermopower, LPG supply and engine fuel.

According to Hoang Xuan Quy, former director of NIPI, a national petroleum research institute, Vietnam pursues a policy on attracting foreign investments to nearly all business fields of the economy, including the oil and gas sector.

These are favorable conditions for joint venture companies between Vietnam and Russia to continue seeking new partners and new projects to expand the cooperation in the field in Vietnam.

“The oil and gas exploration reserves are declining. This is foreseeable. If we continue to invest intellectually, financially and technologically, we can find new oil fields, not only in the exploited areas, but also in the offshore seas that Vietnam has not touched yet,” he said.

Quy went on to say that Vietnam, together with Russia, can carry out oil and gas exploitation in foreign waters. The work can be done better with the intellectual, financial and technological support from Russia.

For many years, the cooperation between Vietnam and Russia has made progress with the establishment of the joint ventures operating in Russia. With these bases, Vietnam can expand its oil and gas activities in Russia.

In late September 2007, the agreement on the establishment of Rusvietpetro was signed. The joint venture exploited the first oil barrel in 2009 in the north of Russia. Also in that year, Gazprom and PetroVietnam, the national oil and gas group, set up Gazpromviet LLC to develop oil and gas projects in Russia, Vietnam, and third countries.

Vietnam and Russia began cooperation in 1981, when PetroVietnam and Zarubezhneft established Vietsovpetro joint venture and the first ton of oil was exploited by the company at Bach Ho (White Tiger) on June 26, 1986.

The United States Department of State said on August 22 that it is deeply concerned about China’s interference in Vietnam’s longstanding oil and gas activities in Vietnam’s Exclusive Economic Zone (EEZ) claim.