The Ministry of Industry and Trade (MOIT) admitted that the automobile supporting industries are still underdeveloped with only a few domestic manufacturers able to join the supply chains. 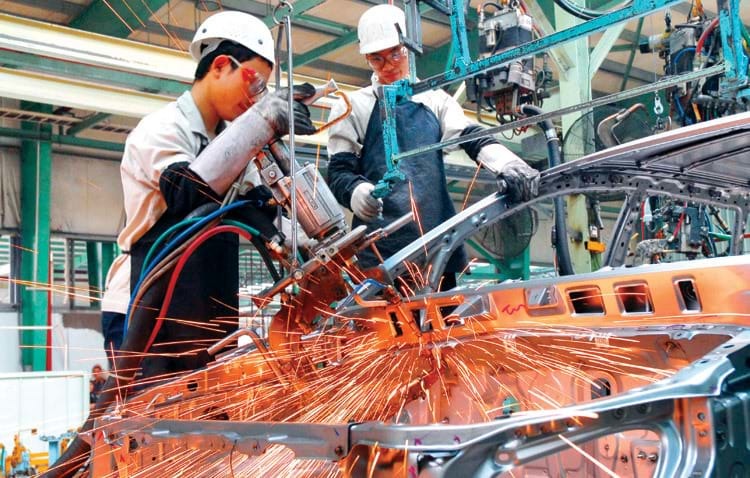 The products of Vietnamese enterprises are labor-intensive spare parts, made with simple technology such as chairs, glasses, tires and wheels. The localization ratio of fewer-than-9-seat cars is just 10-20 percent.

According to the Vietnam Automobile Manufacturers’ Association (VAMA), 80 percent of car parts needed to make a car are imported.

Toru Kinoshita, CEO of Toyota Vietnam, automobile manufacturers and suppliers need to have big output to feel encouraged to increase the localization ratio.

It is the big output which can help increase the localization ratio in the motorbike industry. The locally made content in motorbikes is very high, 70-90 percent. This is because the motorbike market has a large scale of 3 million products a year.

With the high market demand, investors have every reason to step up production in Vietnam and increase the localization ratio, thus creating a developed motorbike industry.

But things are different in the automobile industry. The total output of under-9-seat cars is just 250,000 products a year, while there are tens of car models.

Meanwhile, there are many barriers that prevent an increase of output. As the import tariff has been cut to zero percent, imports from ASEAN have been flocking to Vietnam, which means the market has narrowed for domestic manufacturers.

Most recently, Vietnam has signed EVFTA, committing to cut the tariff step by step to zero percent in 9-10 years.

MOIT estimates that the Vietnam’s automobile market would have a scale of 1 million cars after 2025. 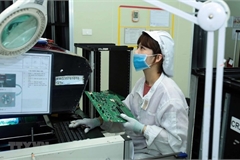