Vietnam could have Southeast Asian's third-largest e-commerce market by 2025.

The information was released during the Vietnam online marketing forum in Hanoion August 14.

The country could sit behind only Indonesia at 100 billion USD and Thailand at 43billion USD.

According to the E-Business Index 2019 report drafted by the Vietnam E-CommerceAssociation, the scale of Vietnam's e-commerce market in 2018 was 9 billion USD.The report also forecast the compound average growth rate (CAGR) of 2015-2018period was 25 percent and the market would reach 33 billion USD in 2025.

The report, developed since 2012, shows most e-commerce activities take placein the two largest cities of the country, Hanoi and Ho Chi Minh City and nearbyprovinces such as Bac Ninh, Vinh Phuc, Dong Nai and Binh Duong, as well asmunicipalities like Hai Phong, Da Nang and Can Tho.

According to Nguyen Thanh Hung, chairman of the Vietnam e-Commerce Association,online business activities in most other provinces are weak and there is a riskof falling behind compared to the two leading cities.

Hanoi and HCM City accounted for 70 percent of e-commerce transactions.E-commerce scale in other localities, especially in rural and remote areas, isvery small, the report said.

Meanwhile, about 70 percent of the population live in rural areas. Thecountryside has great potential for consumption and also supplies variousproducts suitable for online sales.

Hung said it is necessary to narrow the digital divide between localities,especially to help rural areas sell online in order for e-commerce to developvia synchronous policies and solutions to turn e-commerce opportunities intoreality.

In addition to helping local consumers benefit from online shopping, the keyfactor is to support small and medium enterprises and households in rural areasto sell goods and provide services online, he said.

According to a report by Nielsen and Demand Institute, in the current digitaleconomy, the income level of the middle class is not enough to identifypotential consumers able to influence the global economy.

A survey of Sapo in 2017 for 1,000 retail stores that had used Sapo salesmanagement application showed Facebook was the second-most effective saleschannel after the direct sales channel at the store. - VNS/VNA 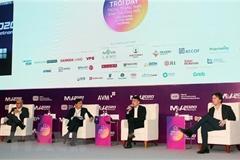 Many Vietnamese businesses conducted successful mergers and acquisitions (M&As) in 2019 and 2020 but the market was still led by foreign investors, the Vietnam M&A Forum in HCM City on November 24 heard. 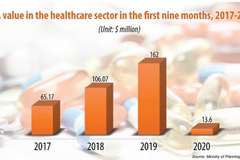 Mergers and acquisitions in Vietnam’s healthcare and pharmaceutical sector in 2020 have been held up due to the global health crisis – but prospects remaining enticing thanks to new drivers of interest.