Pruning an apricot tree, Vo Hoai Nhon was decorating his house last month to enjoy Tet holiday. He prayed that he could sell his pepper garden in the Year of the Rat. 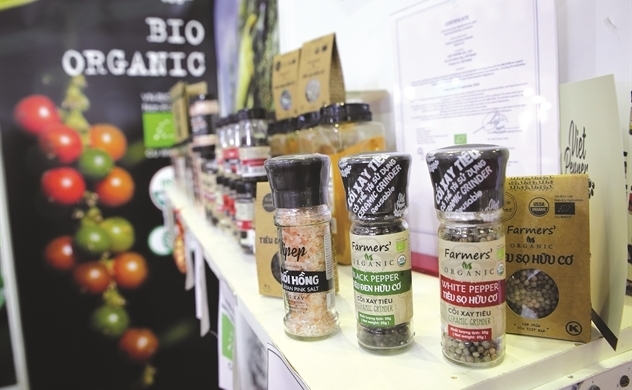 In 2015, the pepper price was high, at VND280,000 per kilogram, which could bring good profit to farmers. Farmers rushed to grow pepper in Gia Lai.

According to deputy director of the Gia Lai provincial agriculture department, the pepper growing area sometimes reached 16,300 hectares, much higher than the targeted figure of 6.000 hectares for 2020.

But many faming households feel that expanding the pepper growing areas is a blunder. Some households decided to sell pepper gardens to get money to pay debts and shift to other crops.

The State Bank of Vietnam (SBV) tried to help farmers. Banks accepted to freeze debts for farmers in Gia Lai, the province that has suffered the biggest losses from pepper farming in the Central Highlands.

Meanwhile, the policy on developing the pepper sector, according to Hoang Phuoc Binh, secretary general of the Chu Se Pepper Association, is still on paper.

The Decree 210 dated in 2013 on encouraging enterprises to invest in agriculture and rural development did not show efficiency in reality, so, it was replaced with Decree 57/2018. However, there is still no circular that guides the implementation of the decree.

Meanwhile, it is difficult to implement Decree 98 on encouraging cooperation in production and farm produce consumption because of the problems related to farmers’ awareness and skills.

The global agricultural commodity market goes up and down in cycles. The prosperity of Vietnam's pepper industry was achieved when the pepper price reached the highest level, in Q1 2015. At that moment, the export price of black pepper was
$8,772 per ton and white pepper was $12,500.

In 2010, Vietnam had 51,500 hectares of pepper growing area, while the figure soared to over 151,900 hectares in 2017. Meanwhile, other countries like Cambodia and Brazil have also expanded production, thus increasing the supply to the market.

Pepper farmers in Vietnam switch to other crops as price declines

Many pepper farmers in the southern province of Binh Phuoc have switched to other crops to improve their income amid declining pepper prices and disease outbreaks.