Many Vietnam’s startups have died young during Covid-19, but startups in the real estate sector, or proptech, appear to have been unhurt by the epidemic.

In February, CenGroup announced the investment of $1 million in Revex, a technology platform for joint investment in real estate. 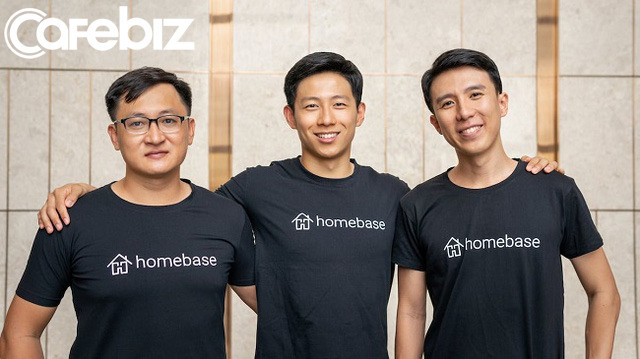 The founders of Homebase

The deal was made following a capital call by Revex founders at Shark Tank 2019, a TV show.

Commenting that this is a good idea but there are latent legal risks, the other ‘sharks’ refused to provide capital. But Shark Hung of CenGroup thinks otherwise and decided to pour $1 million worth of Capital in Revex for 25 percent of shares.

In April, the representative of Homebase spoke about the pre-seed funding from Antler and Iterative VC, the two venture funds from Singapore which specialize in providing capital in the first phase of startups’ operation, and other angel investors.

JunYuan Tan, a co-founder of the startup, revealed that Homebase has successfully called for $310,000 worth of capital.

In June 2020, Propzy.vn revealed that it successfully raised $25 million worth of funds in Series A round. The two biggest investors are Gaw Capital and SoftBank Ventures Asia. It also got support from other investment funds, including Next Billion Ventures, RHL Ventures, Breeze, FEBE Ventures, RSquare and Insignia.

Most recently, in July, RealStake, a proptech and fintech, said it successfully called for capital in the seed funding round from 500 Startups Vietnam and angel investors.

RealStake says its mission is to digitize and simplify investment activities of individual users in Southeast Asia.

In 2019, the platform was officially launched in Vietnam, allowing many individual investors to invest in the same real estate products.

The real estate sales on RealStake have been growing by more than 200 percent over the last year since the launch and investors have mostly invested $1,000 more than the minimum investment set by the platform.

Analysts pointed out three reasons for investors to have an interest in proptech.

First, the real estate investment and business environment in Vietnam still lacks transparency and real estate assets are set at overly high levels compared with what people can actually afford.

Second, the proptech sector in Vietnam is still in very early stage of development, so it has a lot of potential.

And third, the founders of most proptechs are well known names in the Southeast Asian startup community.

John Le of Propzy, for example, is very famous, and behind the success of leading fintechs, including LoanTrader and Portellus.

Capital inflows to Southeast Asian startups up 91 percent despite outbreak

Vietnamese startups bag millions of US dollars despite COVID-19 pandemic

At the General Meeting of shareholders held on Wednesday morning, Vietnam Airlines JSC (HVN) approved a plan of raising VND8 trillion (US$346.2 million) through share issuance.

The State Bank of Vietnam set the daily reference exchange rate at 23,203 VND per USD on July 15, down 1 VND from the previous day.