Vietnam is famous as one of the world's biggest rice exporters, but its export price is low.

Vietnam’s ST24 rice variety has been recognized as the best in the world at The Rice Trader (TRT) World Rice Conference 2019 in Manila. The rice variety was created by Ho Quang Cua and a group of high-quality rice producers in Soc Trang province. 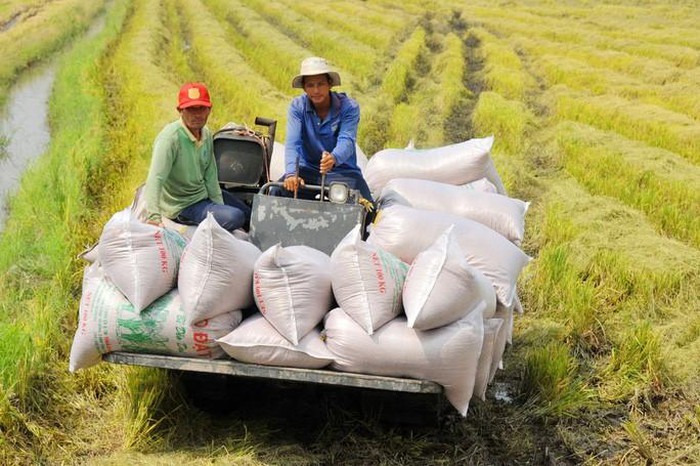 Prior to that, at the TRF in Malaysia in 2015 and Macau (China) in 2017, two Vietnamese rice varieties, Loc Troi 1 (developed by Loc Troi Group) and ST 24 were listed among top 3 best rice varieties.

Pham Thai Binh, general director of Trung An Hi-tech Agriculture, affirmed that Vietnam’s rice is not inferior to the rice of any other country.

However, Vietnam’s rice export prices are very low compared with other export countries. Binh said Vietnam’s ST 24 rice sells for $750-800 per ton, while Thailand’s rice with the same quality is priced at $1,100-1,200 per ton.

Cambodia’s rice, which has suality just equal to Vietnam’s ST 5, can also sell for $600 per ton in the world market. Meanwhile, Vietnam sells ST 5 at $550 per ton only.

“Thailand and Cambodia can sell rice for better prices because they are better at branding, which gains customers’ confidence. Vietnam’s rice has premium quality, but it is little known in the world market.” Binh said.

“This explains why Vietnam cannot earn much more money even though it has shifted to export high-quality instead of low-cost rice,” he explained.

Nguyen Dinh Bich, a respected trade expert, commented that Vietnam rice varieties are recognized as the best in the world, which shows that Vietnam now pays attention to making high-quality products.

However, he said, most of the varieties that won high prizes are still in small-scale production.

One year ago, the Ministry of Agriculture and Rural Development (MARD) officially introduced the logo of Vietnam’s national rice. However, to date, no export consignment has been sold with the logo on the packs.

Pepper farmers in Vietnam switch to other crops as price declines

Many pepper farmers in the southern province of Binh Phuoc have switched to other crops to improve their income amid declining pepper prices and disease outbreaks.

There’s been a drop in temperature the past few days, and that means autumn is here. But did you know this is also the time of desserts made from rice?

Business stories: The bosses with the most leisure time
FEATUREicon  27/04/2021