Vietnam's trade surplus continued to grow in H1 despite Covid-19

The General Departmetn of Customs (GDC) showed that Vietnam had a trade surplus of $1.8 billion in June, which raised the total surplus in H1 to $5.5 billion, or 3.4 times higher than the same period last year. 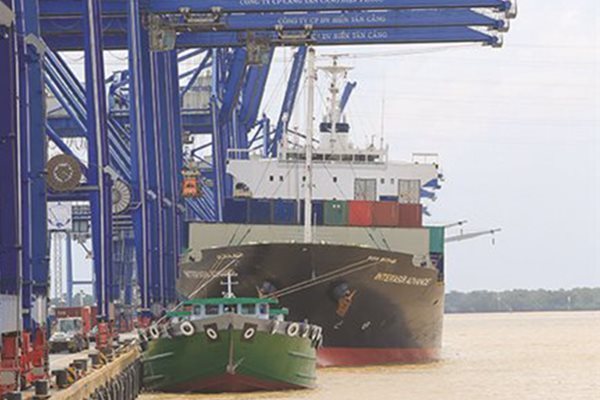 The biggest surplus was seen from April to June, when the economy was directly affected by the epidemic.

Three reasons have been cited to explain the growth in H1. First, Vietnam’s trade activities heavily rely on foreign invested enterprises (FIEs) and the majority of input materials for domestic production are imported from other countries.

This means that if exports decrease, imports will also decrease, and there won’t be much influence on the trade surplus.

Second, in general, enterprises store enough input materials to maintain 2-3-month production. This means that enterprises still have enough materials for production for two to three months even if the supply is interrupted.

Third, while export turnover of mobile phones grew very slowly because of low global demand, export of these products to China rose by 142 percent in H1 to $3.7 billion.

Analysts explained that Samsung shut down all factories in China in 2018 and 2019, so the manufacturer exports products from Vietnam to China.

In general, Vietnam’s trade sees higher growth rates in the last months of the year and a high trade surplus because of rising demand for mobile phones, footwear and garments in the year-end sale seasons.

However, analysts said the trade performance in the last months of this year is unknown, and a high surplus may not occur.

They said the export turnover of the last three months was the result of contracts signed in early 2020 or late 2019.

Vietnam emerges as the world’s No2 rice exporter