Having just resumed the export of vegetables and fruits to South Korea, Truong Phuc Farm in Da Lat City is hurriedly producing hydroponic vegetables for an order of 30 tons with deliveries in July and August. 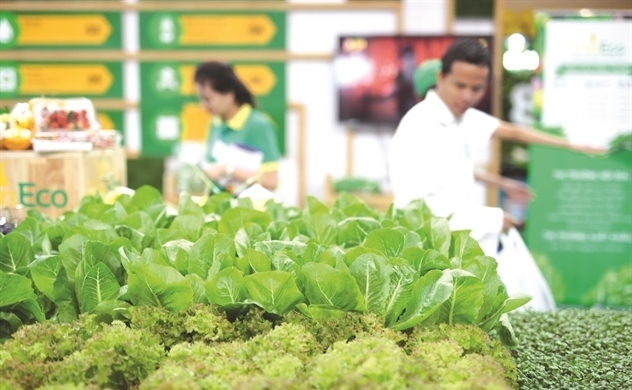 “We feel less anxious as exports have resumed,” said To Quang Dung, director of Truong Phuc.

The company has 3 hectares of vegetable growing area of its own and with local households it grows 30 types of vegetables on another 14 hectares. In addition to export, the farm is also providing vegetables to supermarkets across the country.

As for flower growing businesses, some have resumed export to traditional markets such as South Korea, Japan and Australia since mid-May. In addition to air shipping, Da Lat Hasfarm, which exports 80 percent of its products, has tried to export by sea in an effort to increase the market access capability.

Da Lat Hasfarm has lost 40 million flower branches so far this year because of Covid-19. Australia, one of the largest markets, only consumes 3 containers a week instead of 25 containers as seen previously.

According to the company’s deputy general director, it will take 6-12 months to recover the flower export market and take local farmers 3-6 months to fully recover their production.

About the vegetable and fruit export prospect, the Ministry of Industry and Trade (MOIT) said there are positive signs though the epidemic movement remains complicated.

Vietnam’s bananas have officially entered Lotte supermarket chain, while Hai Duong’s and Bac Giang’s litchis have been exported to Japan, China and the US. The Indian market favors Vietnam’s dragon fruit, litchi and rambutan.

Of these, Japan is a big market, which has stepped up the increase of vegetables and fruits from Vietnam, including banana, dragon fruit, lychee and sweet potato, despite the epidemic.

While exports to China, the traditional large market, dropped sharply in the first half of the year ($906.1 million, down by 29.1 percent compared with H1 2019), the exports to other large markets, such as the US, South Korea and Thailand, increased sharply.